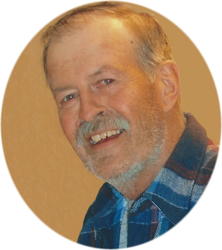 Mass of Christian Burial celebrating the life of Allen Wenning, age 61, of Holdingford will be at 11:00 AM on Monday, February 8, 2016 at the Church of All Saints – St. Mary Church in Holdingford.  Father Gregory Mastey will officiate and burial will take place in the parish cemetery.  Allen died Wednesday afternoon with his family at his side at the St. Cloud Hospital after a tough battle with cancer.  There will be a visitation from 12:00-4:00 PM on Sunday, February 7, 2016 and again after 10:00 AM on Monday at the church.  Arrangements are being made with Miller-Carlin Funeral Home of Holdingford.

Allen was born on October 12, 1954 to Alois and Genevieve (Zenzen) Wenning in St. Cloud.  He was raised with seven siblings on the family farm and graduated from Albany High School.  Allen was always a hard worker and began his varied work history at a fertilizer plant in Albany.  On June 24, 1976, he married Joan Harren at St. Mary’s Catholic Church in Upsala.  Allen was worked as a chicken catcher for Jack Frost (now Gold’n Plump) before the couple moved to southern MN and he began working for Oak Grove Dairy Plant.  They began to grow their family there, with the birth of their first child Anne.  Allen was working for Norling Silo Co. building silos as the “muscle man” on top of the silo when their second child, Joseph, was born.  He was a farmer at heart and made the choice to become a dairy farmer – a choice he was very proud of.  Allen and Joan farmed for five years and their family was complete with the births of Sarah and Anthony.  He loved tractors and was an International man through and through.  After a short stint as a security guard, Allen spent nearly 30 years at Jennie-O Foods as a forklift driver in the blast freezer.  He was a man of varied interests who loved his family dearly and found joy in his grandchildren.  Allen loved farming, cutting wood, giving hayrides, and working with his hands.  He helped his sons with their demolition derbies, played foosball, played with his chocolate labs, and enjoyed yelling at the Vikings.  Allen was a humble man and was honored that so many people came out in October of 2015 to his benefit to show their support.  He often used humor to lighten the mood despite his illness or his pain.  Allen loved his flannel shirts, found comfort in that relaxation, and was fondly called their “Flan-Al.”  He was an awesome husband, a great dad, and a devoted father … he will be missed so very much.

There will be a visitation for family and friends from 12:00-4:00 PM on Sunday, February 7, 2016 and again after 10:00 AM until the time of services on Monday; allat the Church of All Saints St. Mary in Holdingford.

Mass of Christian Burial will be at 11:00 AM on Monday, February 8, 2016 at the Church of All Saints St. Mary Church in Holdingford. Father Gregory Mastey will officiate and burial will take place in the parish cemetery. Allen will take one final ride behind his International tractor after mass to the cemetery.

Joan and Family I am so sorry for your loss.  May all the memory you have made together help bring peace and many smiles to you and your family.  Sending Love and Prayers to you and yours along with all the Wenning family.  God Bless

I am so sorry for you loss-my deepest sympathy to you all.  Joan, I wish I could hug you-but I want you to feel my prayers for you and the kids during this difficult time.  All my love,

Our deepest sympathies to you all.

You’re in our thoughts and prayers,