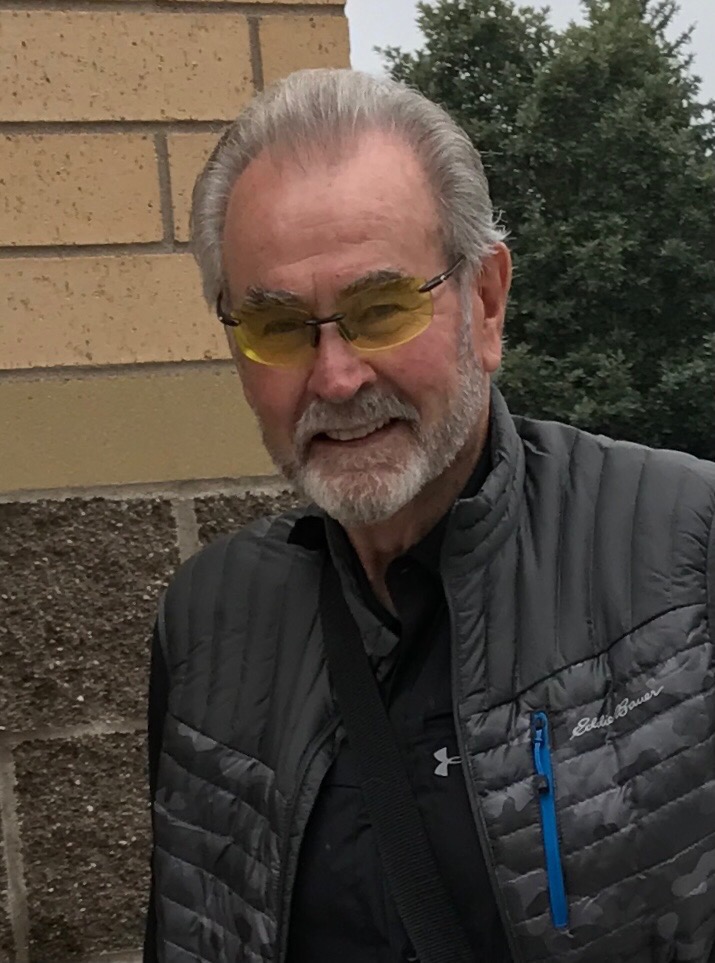 Alvin E. “Al” Kirmeier, age 84 of St. Cloud, died Sunday, March 7th at the St. Cloud Hospital of a heart attack. There will be a celebration of his life from 11:00 AM until 2:00 PM, Saturday, May 1st, at the Miller Carlin Funeral Home, St. Cloud Chapel.

Al was born in St Cloud on August 19th, 1936, the youngest of 9 children, to Andrew J. and Genevieve “Jen” (Buersken) Kirmeier.  He graduated from Technical High School in 1954 and soon after moved to Long Beach, CA .  In Long Beach, he managed a Marina and Gas Station. While there, Al frequented the””Persian Room”,  a small bar and restaurant with inviting ambiance that  served generous drinks, and delicious food,  He returned to St. Cloud in 1959. He and his brother Roger operated Kirmeier Floor Covering until opening the Persian Supper Club on New Years Eve 1961 (the name and decor inspired by his favorite Long Beach hangout). A short 6 months later Al met Patricia Lund and the two were married in 1964; enjoying 57 plus years together.
Al was a perfect match for the career he chose, and as a young boy knew he wanted to run a restaurant.  Al had a dynamic and charismatic personality that people were drawn to. Al was a fearless leader and a true entrepreneur at heart. He was involved in several business opportunities over the years; including a health club and two other restaurants; one being the Mississippi Lodge, which he and Roger purchased together. After a couple of years, they amicably decided to each run their own restaurant; Al taking the Persian and Roger taking the Mississippi Lodge; which he later named the Pirates Cove. Both restaurants flourished. Al never started a project he didn’t finish and if he could do a repair job himself, he did. Al had an uncanny instinct for evolving with the times and his enthusiasm was contagious. Some of his successful ideas (too many to count) included the famous “Persian Happy Hour”, “All You Can Eat Ribs”, “Beef & Burgundy Wednesdays” (where he carved the beef), “Friday Night Seafood Buffet”, “Sunday Brunch”, the “Disco Dance Floor”, the “Piano Bar” as well as his beautiful Gardens and Gazebo where people were married. In later years, he added a lovely patio for outdoor dining, an outside bar, fire pit, and volleyball courts.
Al was also an amazing cook! He came up with numerous recipes over the years; especially his steak seasoning and BBQ sauce (remember those delicious Persian Meatballs and Ribs!) No one could mix a tastier cocktail than Al! By the 1980’s the Persian could seat 1000 people and averaged over 100 weddings a year. Al and Pat’s four children also worked at the Persian  and learned invaluable people skills and work ethic, which has served them well in life. The Persian became known as “one of the most beautiful dining spots in the nation” and was even quoted as such in an article by the NW Beverage Journal (1984).
In 1995, Al & Pat Kirmeier retired and sold the restaurant (it’s now the headquarters of a technology company).  Together, they began 10 wonderful years of over the road adventures in their motorhome, traveling the country 6 months of the year. As grandchildren arrived, they decided to sell the motorhome and build their dream home on a former granite quarry, just a stone’s throw from where Al grew up. So many fun memories with family and friends were created there, as well as his uncanny animal adventures! The family called him “Grizzly Adams” or the “Animal Whisperer” because of his love for animals and ability to train and win them over.  Hummingbirds would land on him, Red Squirrels (his favorite) would sit in his hand, and Hawks would fly out of the sky to land on his arm (to get a piece of raw meat!).  His last night on earth was enjoyed sitting with Pat outside on the patio, sipping a little Tequila, reminiscing about how much he loved his life, his home and his family. Al lived his life to the fullest. He adored his family and they adored him. He will be so very missed!
Al is survived by his wife Patricia “Pat” Kirmeier, St Cloud;  his children,  Alan (Trish Kroll) Kirmeier, Mound; Jayson Kirmeier, Eden Prairie; Kristin Kirmeier (James Matthews), San Francisco, CA,; and Kari Carstensen (Todd) Chanhassen. He is also survived by his brother, Roger (Pat) Kirmeier, St. Cloud; sister,  Delphine Barthelemy, St Cloud and he is also survived by five precious grandchildren; Jack and Sydney Kirmeier, Ajay Kirmeier, Lola and Mick Carstensen; his devoted little buddy “Cody” (a long haired chihuahua) and his two best friends and Tuesday night happy hour companions; Jerome Bjerknes and Bill Carlin.

He is preceded in death by his parents, his brother Ralph, and sisters; Lorraine “Larry” Letourneau, Bernice “Putz” Noonan, Jeanette Moir, Donna Netter, and Eileen Barthelemy.

There will be a celebration of his life from 11:00 AM until 2:00 PM, Saturday, May 1st, at the Miller Carlin Funeral Home, St. Cloud Chapel.

Our condolences to the entire Kirmeier family and friends on Al’s passing! May he rest in peace until you meet again!

Our sincere heartfelt condolences to Al’s, wife, Pat, and his children. Al was a kind and interesting man. He shall be missed by many!
Wild About Birds DYK
Tom, Karon and Naomi

Our thoughts and prayers are with you all.
Jack and Janie Amundson

Al will be missed by all who knew him. My Deepest Sympathy to the Family. RIP Dear Al.

Knowing the Kirmeier family for almost 30 years has been an honor. Al and Pat treated me like family and I will forever be grateful for that. Al even insisted on interrogating my fiancee, Dave, before I was allowed to marry him! I will always cherish the the memories of times spent with the Kirmeiers. Al’s legacy will live on for endless generations to come.

I bartended at the Persian Club from 1988-1991 while a student at SCSU. I recall on evening, Al called the bar from his house. I told him I did not have time to talk as it was very busy and I hung-up on him. There was an event scheduled that we were not expecting in bar. So at 4:30 I had a hundred people in the bar and they all wanted to be served. Ten minutes later Al was in the bar, he had come over to the bar to fire me for hanging up on him. When he saw how busy the bar was, instead of firing me he jumped behind the bar to help out. I had a great time and many wonderful memories working for Al and Patti at the Persian Club. My sincerest sympathies to the Kirmeier family.