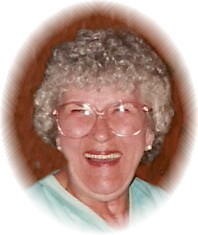 Services celebrating the life of Betty J, Kirbus, age 86 of Albany, formerly of Wickliffe, Ohio,  will be Saturday,  May 7, 2011, at  11:00AM at the Mother of Mercy Chapel in Albany.  Betty died Tuesday, April 26, at the Mother of Mercy Nursing Home.  Burial will be in White Haven Park Cemetery, Ohio.  Arrangements are being made by the Miller-Carlin-Brenny Funeral Home in Albany.Betty was born January 13, 1925 in Cleveland, Ohio to Fred and Blanche (Robinson) Strand.  She lived in Ohio her entire life, until moving to Albany in 2008.  She worked as a bookkeeper for Sherwin-Williams and CVS Pharmacies.Betty is survived by her son, Frank Kirbus, Connecticut; her daughter, Melanie (Robert) Dunlap, St. Cloud; her brother, Bill (Sally) Strand, Naples, FL;  six grandchildren and nine great-grandchildren.Betty is preceded in death by her parents and her daughter, Valerie Lindstrom.In lieu of flowers, donations to Mother of Mercy Campus of Care in Albany.

In lieu of flowers, donations to Mother of Mercy Campus of Care in Albany.