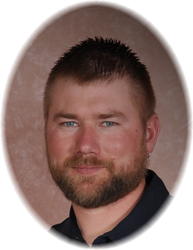 The Mass of Christian Burial, celebrating the life of Brian S. Boeckermann, age 29, of Holdingford, will be 10:30 AM, Friday, June 1 at the Church of All Saints – St. Mary’s in Holdingford.  Burial will be in the St. Francis parish cemetery.  Brian died suddenly Monday at the St. Cloud Hospital from cancer.  There will be a visitation from 4-8:00 PM Thursday and again after 9:00 AM Friday at the church in Holdingford.  Church of All Saints – St. Mary’s parish prayers will be at 4:30 PM Thursday at the church.  Arrangements are being made by the Miller-Carlin-Brenny Funeral Home.Brian was born June 7, 1982 in Albany to Charles and Sandra (Tschida) Boeckermann, He grew up in St. Francis and graduated from Albany High School in 2001.  He married Kelly Niehaus in Richmond on December 3, 2005.  The couple moved to the house Brian built for them in Holdingford.  Brian worked as a foreman for Arnzen Construction in St. Rosa. Brian loved spending time with his wife, children, family and friends He was an avid outdoors man and he enjoyed hunting and fishing.  He was a member of the Church of All Saints – St. Mary’s Catholic Church and the Holdingford Sportsman’s Club..Brian is survived by his wife, Kelly Boeckermann, Holdingford, his sons, Nolan and Grant Boeckermann at home; his parents, Charles and Sandra Boeckermann, St. Francis; his brothers, Curtis (Jolene) Boeckermann, Freeport; Nathan (Brandee) Boeckermann, Freeport; Richard Boeckermann, Foley; his grandparents, Victor and Beatrice (Douvier) Tschida, Melrose; his mother and father-in-law, Dave and Sharon (Schwindel) Niehaus, Richmond; and many nieces, nephews and friends.Greeting Brian in heaven are his grandparents, Willie and Betty Boeckermann, his uncle Sherwin “Herm” Tschida, and friends.Memorial are preferred.

our thoughts & prayers are with Brian’s family & friends during this difficult time.

My thoughts and prayers are with you today and the future. I can only imagine how hard it may be for you all.

No words seem enough. Please know our thoughts and prayers are with you. Accept our deepest sympathy.

Where can I find the headband Adrienne and Draya are both wearing?” Both Adrienne and Draya were spied sporting these $82 Leone Beaded Leather Headbands by independent designer Latoia Michelle: The simple head ties also come in black, turquoise, and purple and pink tie dye: What do you think, would you splurge louis vuitton