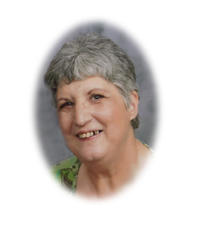 The Mass of Christian Burial, celebrating the life of Carol Zeimetz, age 58, of Avon, will be 10:30 AM, Wednesday, November 9, at St. Benedict’s Catholic Church in Avon.  Burial will be in the parish cemetery.  Carol died Friday at the St. Cloud Hospital after a struggle with cancer.  There will be a visitation from 4-8:00 PM Tuesday and again after 9:30 AM Wednesday at the church in Avon.  St. Benedict’s parish prayers will be at 4:30 PM Tuesday at the church.  Arrangements are being made by the Miller-Carlin-Brenny Funeral Home in Albany.Carol was born October 22, 1953 in Albert Lea, MN.  She was adopted by Michael and Doris Musikov.  She grew up in Minneapolis and California.  When she was 18, she returned to Minnesota where she met Charles Zeimetz.  The couple were married on August 19, 1978 in Avon.  Carol sold Avon cosmetics and she worked part time at Dahlin’s Grocery in Avon.  She is a member of St. Benedict’s Catholic Church in Avon.Carol is survived by her husband, Charlie, Avon; her children; Marisa Zeimetz, St. Stephen; Karl (Stephanie) Zeimetz, Lawton, OK and Merry Zeimetz, Avon.  She is also survived by her brother, Paul (Kathy) Musikov, Mankato and 3 grandchildren.

A long time ago, I offered some kind of assistance to Carol (I can’t remember what). She thanked me publicly in the St Cloud Times. This is my memory of her. May God find a special place for her i his kingdom.