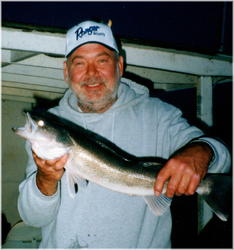 A memorial service to celebrate the life of Chuck Maritsch, age 59, of Saint Cloud, will be at 1:00 PM on Saturday, March 9, 2013 at Miller-Carlin Funeral Home in St. Cloud. Pastor Kristen Anderson will officiate and burial will take place in NorthStar Cemetery at a later date. Chuck fought many health-related battles, which he finally lost early Sunday morning March 3rd at the St. Cloud Hospital, surrounded by family. There will be a visitation after 12 Noon on Saturday at the funeral home. The family would like to invite friends and relatives to the VFW East Side Post # 4847 for a luncheon and gathering following the service. Arrangements are being made with Miller-Carlin Funeral Home in St. Cloud. Chuck was born on June 25, 1953 in Albany, MN to Andrew and Loretta (Bauer) Maritsch. At the age of 2 he moved with his family to St. Cloud. Chuck began working at the age of 12 at his father’s garage Andy’s Phillips 66 in St. Cloud and later, he pursued a career as a mechanic and auto body detailer. Chuck married Paula Jean Hoffman on November 14, 1980 and together they had three children. He was an avid outdoorsman who loved camping, hunting, and fishing. He loved all dogs, especially hunting dogs, and had a special place in his heart for his lab Lady. Chuck loved finding a “great deal” and liked to go to swap meets, garage sales, and anywhere he could “pick” through things. He has been described as a gentle giant who enjoyed simple things like watching his son Jacob play baseball, adventurous cooking, riding his motorcycle, and blues music. Each Wednesday Chuck could be found listening to blues music on the patio and he was a part of the Friday Night Boy’s Club in Ma’s Garage. Chuck is survived by his wife of 33 years, Paula; his children Jacob Maritsch, St. Cloud; Andrea (Justin) Nelson; St. Cloud; his siblings Jerry (Nancy) Maritsch, Burnsville; Marvin (Sherrill) Maritsch, Minneapolis; Carol Rose Maritsch, Spokane, WA; Geralyn (Roger) Krause, St. Cloud; his two grand-daughters Grace and June; and many other family and friends. He is preceded in death by his parents Andrew and Loretta Maritsch; his infant son Jeramiah; and his grandson Charlie Nelson. The family would like to extend a special thank you to the Coborn’s Cancer Center.

Paula, my thoughts and prayers are with you and your family. Stay Strong!!

My thoughts are with you, Paula, Jacob and Andrea. May God bless you and help you through the grieving period. Trust me when I say, I do know how hard it is.
Chuck, you will always and forever be my kid brother. I love you.
Carol

Paula and family, I knew you mostly through my best friend, Carol, Chuck’s sister. I am so sorry to hear of Chuck’s passing, but wishing you peace and sending you my sincerest condolences.

My deepest sympathy to you and your family. Chuck was a good friend and I will always treasure all of our years together in the auto business.