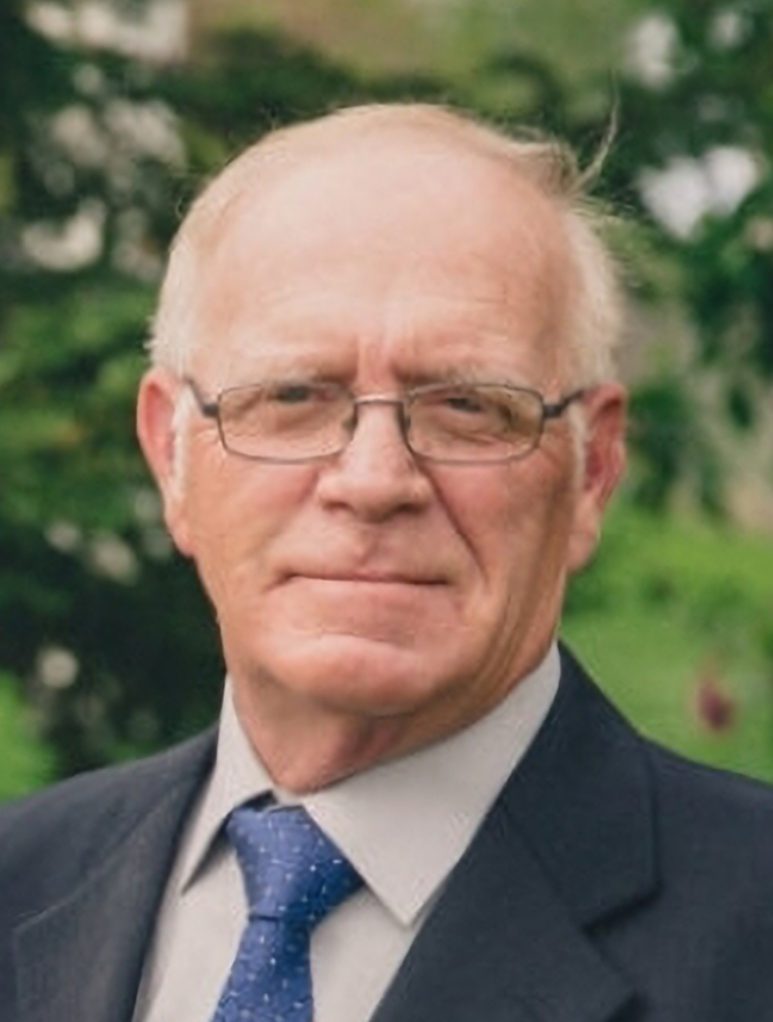 Surrounded by his family, David passed away at home on Friday, September 16th after a short, but fierce battle with Non-Hodgkins T-cell Lymphoma. He was born on October 12, 1953 to Alfred and Grace (Frauendienst) Sabrowsky. David spent all of his almost 69 years on the family farm South of Albany. He attended high school In Albany and due to his father’s medical concerns, he took over the family farm before he could graduate. Eventually completing his GED and obtaining a Boilermans Operating License. On May 3, 1975 he married Mary Eiynk, together they planted their roots on that farm and raised their four children. They had a chicken barn full of layers, raised pigs, fields of crops and always had a barn full of cows. David and Mary, along with their kids, made a lifetime of memories on the farm from picking eggs and milking cows to enjoying weekends of movies and pizza after chores were done. David never met a stranger. As soon as he started talking you were a friend and conversations could be long. He offered help of any kind to anyone in need whether it was help fixing something, borrowing out a piece of machinery or getting farm work done, he was there. He loved to travel the countryside to look at fields of crops and farms, anything else was a bonus for Mary, even a trip to the Hoover Dam with friends involved checking out nearby farmland. A lot of his travel time included trips down to the family farm in New Ulm with the Semi to load and haul beans and corn into the elevator. Strong in his Lutheran faith, he attended Immanuel Lutheran Church in Farming, MN. This is the church where he was baptized, married and watched his kids grow in their faith. Left to carry on his legacy is his wife Mary of 47 years, Daughter, Jennifer (Kevin) Houdek with grandkids; Shawn, Justin and Bennett. Son, Cory (Kristi) Sabrowsky with grandkids; Kenna, Keaton and Cannon. Son, Gary (Jessica) Sabrowsky with grandkids; Gwendolyn, Gabriella, Paisley and Preston. Daughter, Kimberly (Eric) Berndt and grandkids; Jace and Jax. Brother Dennis, sisters Gloria “Jean” (Howard) Effenberger-Blume and Doris (Jack) Ramler.  Previously departed loved ones he follows are his parents; Alfred and Grace, in laws Benedict and Margaret (Platz) Eiynk, brothers in law, Duane Eiynk and Kenny Effenberger. Sister-in-law Delores Eiynk, Nieces Cindi Schram, Rebecca Bjerke, and nephew Darrin Eiynk.  The family sends heartfelt gratitude and appreciation to the doctors and staff at Melrose and St. Cloud Hospitals, Coborns Cancer Center, St. Croix Hospice, especially Abbie. Friends, family and neighbors have been so understanding and helpful throughout this difficult and private time and the family will forever be grateful.

Dearest Gloria and the entire Sabrowsky family. Our sympathy and thoughts are with you in this difficult time.

Dear Sabrowsky family so sorry for your loss. Our thoughts and prayers are