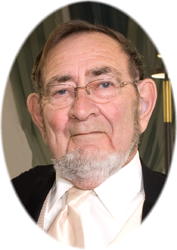 Memorial Services celebrating the life of David Joseph Keller will be at 12PM Saturday, September 17, 2011 at the Miller-Carlin Funeral Chapel.  There will be a visitation from 10 am until noon when there will be a time for sharing amongst friends and family.  David died peacefully at St. Benedict’s Center in St. Cloud surrounded by his family.  Arrangements are being made with the Miller-Carlin Funeral Home of St. Cloud.David was born April 16, 1936 to William and Frances (Useldinger) Keller in St. Cloud.  He lived his entire life in the St. Cloud area, graduating from Cathedral High School.  David was married to Marlyss Smith Keller from 1961 until 1978.  He married Kathryn Laakso on July 18, 1981.  He spent the majority of his career in commercial heating and cooling, working on many schools and hospitals in the state until retiring in 1998.  He was a proud member of the Sheet Metal Workers Union Local 10.  David was a tireless supporter and advocate for the local DFL party.  He was a friend and member of the Alano Club for 33 years.  David enjoyed being of service and helping friends, family, and neighbors.David is survived by his spouse Kathryn Laakso, St. Cloud; his children, Paul (Gretchen Weiher) Keller, Seattle, WA; Heidi (Tom Miler) Keller-Miler, Chaska; Peter (Maureen Rose) Keller, Anchorage, AK; Colleen (Brian Frazier) Keller, Longmont, CO; Elena (Bjorn) Bjorklund, Minneapolis, his grandchildren Sana, Franz, and Stella Keller, Madison, Casey, and Austin Miler, Madeline and Theo Rose, and Mia, Ronan, and Keller Frazier; his siblings Kenneth (Maggie) Keller, Chicago, IL; Pat Johnston, St. Louis Park; Sister Hilda Keller O.S.B., St. Cloud; and Mick Keller, San Diego, CA.He is preceded in death by his parents William and Frances Keller, and his siblings Richard Keller, Sister Petra Keller S.S.S., William “Bud” Keller, and Chuck Keller.Memorials are preferred.

Memorials are preferred to be donated by family

Dave was a life long friend. He was a fighter throughout his illness. May he rest in peace.

Dear Kathy and Elena, I am so sorry to hear of your loss. Dave was a very special person to me and I am glad to have known him. He helped me at several very important times when I was a single mom with young kids and a home to take care of. I especially remember the emergency repairs he did for me on my car and my house. It really meant a lot to me and helped me tremendously! I won’t be able to come to the visitation, but I wanted you to know these things about your husband and dad.

You all are in our thoughts and prayers.

Kathy & Family,
We’ve only been neighbors for 5 years, but getting to know Dave was one of our favorite parts of moving to St. Cloud. Always kind and quick to smile and offer a hand, I’m sure his spirit will live on. You are all in our thoughts and prayers. RIP Dave, we’ll all miss you.