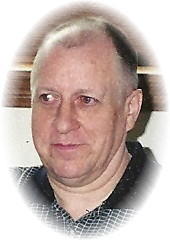 Services celebrating the life of David Jonathon Konsor will be at 6:00 PM Wednesday, October 17, 2012 at the Holdingford Funeral Home.  Private burial will be at a later date.  David passed away unexpectedly Monday at his home in St. Cloud.  There will be a visitation from 4:00-8:00 PM Wednesday at the funeral home.  Arrangements are being made with the Miller-Carlin Funeral Home in Holdingford.David was born at home in Holdingford on March 7, 1943 to Andrew and Elsie (Klug) Konsor.  The cities he called home were Holdingford and Saint Cloud.  David spent much of his life living with and caring for his mother until she entered a nursing home.  He doted on her and enjoyed tending her flower gardens.  Each month he would buy vases of flowers in memory of his mother, who passed away in 2004.  David was a very private man who enjoyed caring for his pet birds and was active in his church community, most recently at Calvary Community Church in St. Cloud.  He had been employed at Service Master for the past 35 years and was beloved by the Associates of Quinlivan & Hughes and Rinke-Noonan law firms.David is survived by his brother Andrew (Jonnie) Konsor Jr., Holdingford; nine nieces and nephews; many great-nieces and great-nephews; and many cousins.He is preceded by his parents Andrew and Elsie Konsor; his sister and brother-in-law  Lorraine (Robert) Loomis; and great-nephews Zachary Smith, Wesley Konsor, and Zachary Konsor.

There will be a visitation from 4:00-8:00 PM Wednesday at the funeral home.

Services celebrating the life of David Jonathon Konsor will be at 6:00 PM Wednesday, October 17, 2012 at the Holdingford Funeral Home. Private burial will be at a later date.

I would like to send my sympathy for your loss of David. I would also like to share a touching story with you. A couple of years ago I was a recipient of one of Davids vases of flowers. It came at a time when I really needed it. I asked God to show me a rose as a sign that everything would be all right. A couple weeks later David walked into the bank and gave me the most beautiful rose in a vase. I cried when he left that day and I cried today to find that he had passed. He must truly be in heaven if God used him as a messenger.

Our thoughts and prayers are with you at the loss of your brother David. Even though he lived just across the street from us when we were growing up, I didn’t know David very well as he was such a shy, quiet guy. He really looked after Elsie, and was the most devoted son a mother could ever ask for. My mother Jean remembers when David came down to our house when David’s dad collapsed, while working in the barnyard, and remembers how grief stricken David was. He was a totally devoted son. May he rest in peace. Sending all our love. Laurel and Barry Konsor