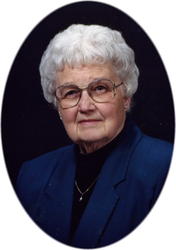 Friends may call from 4-9 PM Friday, September 2, 2011 at the St. Stephen Parish Center and again from 9 until the time of the service Saturday. Parish prayers will take place at 7PM followed by Christian Mothers praying the rosary at 7:30 PM on Friday at the Parish Center.

Mass of Christian burial celebrating the life of Delphine Leona Palmersheim, age 76 of St. Stephen will be 10 AM, Saturday, September 3, 2011 at St. Stephen Catholic Church in St. Stephen. Father Bob Harren will officiate, and burial will take place in the parish cemetery following the service.