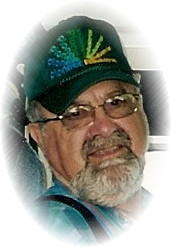 The Mass of Christian Burial, celebrating the life of Donald E. Linn, age 65 of Albany, will be 11:00
AM Tuesday, March 16 at the Church of Seven Dolors in Albany.  Burial will be in the parish
cemetery.  Donald was surrounded by his family at his home in Albany when he died on Friday.
There will be a visitation from 4-9:00 PM Monday and again after 10:00 AM Tuesday at the church
in Albany.  Seven Dolors parish prayers will be at 4:30 PM Monday at the church.  Arrangements are
being made by the Miller-Carlin-Brenny Funeral Home in Albany.Donald was born April 1, 1944 in Freeport to Ray and Loretta (Nathe) Linn.  He was united in
marriage to Sharon Hoppe on April 12, 1969 in Albany.  They lived most of their life south of
Albany.  Donald was a meat inspector with the USDA, working at Landy Packing and Armour in St.
Cloud, then Gold-N-Plump in Cold Spring before he became ill and required a kidney transplant.
After his transplant, Donald drove school bus for the Albany School District where he retired.  Don
loved to drive school bus and enjoyed his students.  He loved fishing, playing cards and working in
his garden and he especially loved his three grandchildren.  Don was a member of the Church of
Seven Dolors in Albany.Donald is survived by his wife, Sharon, Albany; his daughter, Leslie (Paul) Buttweiler and his three
grandchildren; Kristin, Rachel and Ben; Avon.  Don is also survived by his brothers and sisters, Virgil
(Kathy) Linn, Alexandria; Caroline Locnikar, St. Joseph; Dorine (Richard) Rohe, Marine on St.
Croix, MN; Ralph (Sharon) Linn, Albany; Ruth (Jerry) Tamm, Albany; sister-in-law, Irene Linn,
Avon; brothers and sisters, Tim (Debbie) Linn, Freeport; Joseph (Susie) Linn, Belton, TX; Marian
(Marvin) Sand, Albany; Barbara (Florian) Blenker, Albany; Sharon (Ken) Gaebel, Freeport, David
Linn, Union Bridge, MD; Lori Schulzetenberg, Melrose; Lisa (Daryl) Witte, Mankato; and many
nieces and nephews.Don is preceded in death by his father in 1994, his mother in 2004, his son, Donald (Tyke) Linn in
1990, his brother, Ronald Linn and sister, Karen Linn.Memorials are preferred to the wonderful Albany Area Hospice Program.

Memorials are preferred to the wonderful Albany Area Hospice Program.