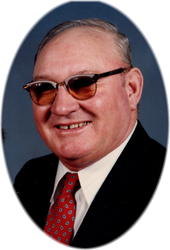 Funeral services celebrating the life of Donald Ernest Warga, age 83 of Holdingford will be 11AM Monday, October 7, 2013 at the Community Country Church in Holdingford.  Pastor Gregg Valentine will officiate and burial will take place Tuesday afternoon at the Minnesota State Veterans Cemetery in Little Falls.  Don died peacefully at the St. Cloud VA Hospital Thursday afternoon.  There will be a visitation for Don from 4-8PM Sunday, October 6, 2013 at the Community Country Church in Holdingford and once again from 10AM until the time of the service Monday morning at the church.  Arrangements are being made with the Miller-Carlin Funeral Home of Holdingford.Donald was born March 4th 1930 to Michael and Elizabeth (Yencho) Warga on the farm in Holdingford.  After graduating high school, Don served in the Army from 1952-1954.  He married Betty Lou Klimmek on April 22, 1961 in St. Cloud.  Don worked for Franklin in St. Cloud and also farmed until 1995.  Don served as the Commander of the Holdingford Legion Post 211 for 10 years.  He was currently serving as the Legion Membership Director as well, a title he has held for over 15 years.  Don also was the Township Treasurer for 27 years, a member of the Church Council for many years, a member of the 40 and 8, and a member of the Community Country church of Holdingford.  Besides being very active in his community and church, Don’s greatest enjoyment in life was the time he got to spend with his friends, neighbors, and his family.Don is survived by his wife Betty Lou Warga, Holdingford; his children Nance (Thomas) Kellen, St. Cloud; Carol (Randy) Bean, St. Cloud; Randy (Char) Warga, Albany; his five grandchildren Chelsea, Candace, Mallory, Aaron, and Brandon; his two great-grandchildren Dalton and Peyton; his siblings Raymond (Delores) Warga, Holdingford; Margaret Bachman, Maple Grove; his sisiter-in-laws Joan Warga, St. Cloud; Faye Biendara, San Diego; and many nieces and nephews.He is preceded in death by his parents Michael and Elizabeth Warga, his brothers Paul, Edward, Leonard, and William, and his sisters Ruth Warga and Mildred Underhill.In lieu of flowers, memorials are preferred.

There will be a visitation for Don from 4-8PM Sunday, October 6, 2013 at the Community Country Church in Holdingford and once again from 10AM until the time of the service Monday morning at the church.

In lieu of flowers, memorials are preferred