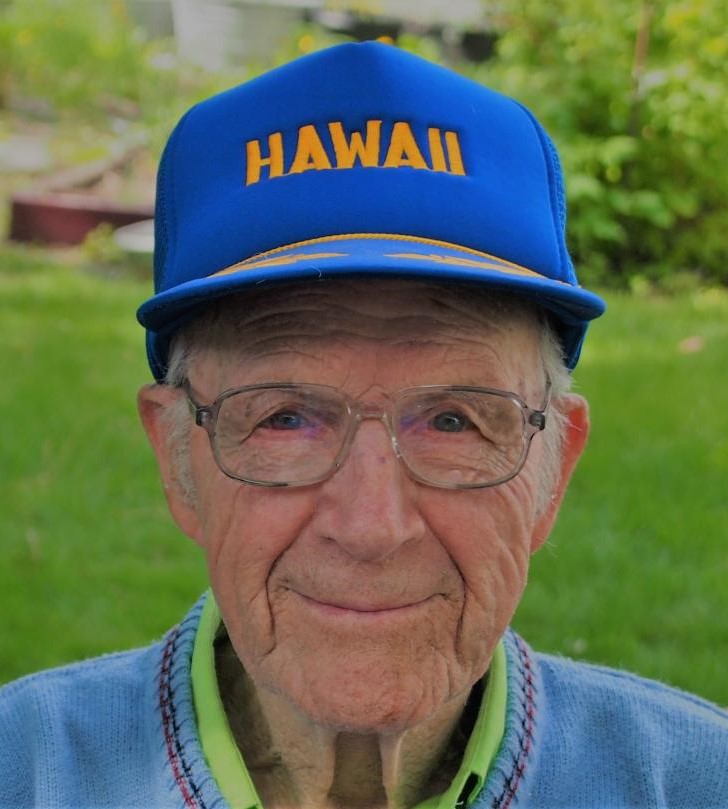 Frederick Neil Nelson, age 96, passed away on March 7, 2019. He was born in Kimball Minnesota on October 25, 1922 to Fred and Grace Nelson. He was a star forward for the St. Cloud Tech High School basketball team. He served in the Merchant Marines from 1941 through 1945. He married Lucille Holovnia on May 11, 1946 at St. John Cantius church in St. Cloud, Minnesota. He worked for the Burlington Northern RR for 41 years. He enjoyed numerous activates including horseback riding, horse shoes, trap shooting, fishing, woodworking and much more. He lived and died in the house he built in Waite Park in 1952. He is survived by children; Patricia, Bob, Bill (Maura), Mary, six grandchildren and three great grandchildren. He was preceded in death by his wife Lucille and daughters Barbie and Bonnie.