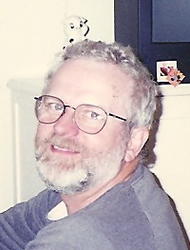 Services celebrating the life of Gary Leininger, age 58 of St. Cloud, will be 2:00 PM, Thursday, January 6 at the Miller-Carlin Funeral Home Chapel.  Gary passed away, peacefully into the arms of our Father at the Country Manor Health Care Center, on Sunday, after a long battle from the complications of a brain tumor.  Burial will take place later in Buffalo, NY.  Friends may gather after 1:00 PM Thursday at the Miller-Carlin Funeral Home in St. Cloud.Gary was born July 13, 1952 in Buffalo, NY to Donald and Irene (Zamorek) Leininger.   He earned a Bachelor’s degree in Psychology from Canius College in Buffalo, NY, and a Master’s Degree in Criminal Justice while working CID in the United States Army.  Gary met and married Colleen Anderson while serving in the Army at Fort Bliss, TX.  They were married on December 20, 1980 in Stewartville, MN.  In 1988, Gary and Colleen relocated to St. Cloud where Gary accepted a job as the first evidence technician at the St. Cloud Police Department.  He organized the first crime lab for the St. Cloud Police Department and worked there until 1999, when his health failed..  During his employment Gary attended the FBI Academy in Quantico, VA and became a latent finger printer.  His meticulous nature and eye for detail earned him respect among his peers. Gary was a member of Redeeming Love Lutheran Church and the Country Manor Chapel.  He was also a Ham Radio Operator and a member of the Ham Radio Operators Club.Gary is survived by his wife, Colleen Leininger, Waite Park; his children; David Leininger, Titusville, FL; and Audra Hermanson, Marinette, WI.  He is also survived by his three grandchildren; Alea Hermanson, Maisy Irene Hermanson and Morgan Leininger; and his sister, Donna Davis, McKinney, TX.Gary is preceded in death by his parents and his son, Michael Leininger.In lieu of flowers, donations will be used to create a permanent memorial for Gary Leininger.

In lieu of flowers, donations will be used to create a permanent memorial for Gary Leininger

Colleen,
I am so sorry to hear about Gary. You and I have had so many conversations in the past that I will miss him. Please know you are in my thoughts and prayers. Gary was a great man. Love Marianne Steichen (Tori’s mom)

Gary was a classmate of mine at Bishop Ryan High School in Buffalo, NY. David N. shared the news of his passing with me this evening. As God welcomes Gary into His arms, may God’s peace also be with you now and forever.

just heard of gary’s passing. was soo sorry to hear that ;’( we go way back to 1971 with him living in elma and being in the fire company. he was such a very very “SPECIAL” man. we knew him from when his grandpa was a chiropracter. he will always be rememberd by us we are very sorry for your loss, and you are all in our thoughts and prayers. he is one brilliant man that will be hard to replace. we miss you gary ;’( ♥ we ♥ you ♥♥♥♥♥

My loving brother, you suffered in this life and I know you are in a better place as I know we had many conversations about how you wish things could be the way they were when we were all once a family. I know you are in the loving arms of God and you are now with our Mother and Father who I watched until their last days here on earth bravely struggle as you did. I will miss you as well as will your neice and nephew Karla and Justin. I will always have the wonderful memories of our childhood together and I miss you my only brother. I love you Gary. Your Sister, Donna Marie Davis

Donna & David, My heart aches for you~I know how much you Love your brother Gary and David your father and how much he meant to you both. I pray that our Lord will give you peace in this time of sadness. Just know that he is with his mom, dad, g~ma & g~pa Zamorek & his son Michael and that he is not suffering anymore. I have some nice memories with Gary also. Peace be with all of Gary’s family. Love, Carolyn