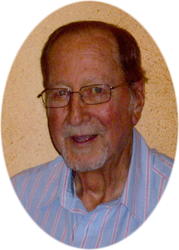 Graveside services celebrating the life of Glenn Stewart Danzeisen will be at 11:00 AM on Friday, February 8, 2013 at Minnesota State Veterans Cemetery in Little Falls.  Chaplain Gregg Valentine will officiate.  Glenn passed away on January 31, 2013 at the Saint Cloud Hospital.  Arrangements are being made with Miller-Carlin Funeral Home in Saint Cloud.Glenn was born on August 23, 1936 in Gainsborough, Saskatchewan, Canada and was raised by his grandparents John and Julia Danzeisen.  He grew up with nine siblings in a very military-oriented family.  Glenn was raised to be proud of his country and, at the young age of 15, he enlisted in the United States Navy.  Glenn  joked that he was able to get away with goofs and mistakes in the Navy because he was so good at what he did.  He was intensely dedicated to the service of his country and  continued to be involved in local VFW chapters and the American Legion.  He maintained his contacts and often traveled to military service reunions.  Glenn is fondly described as being social, and for his likable and fun-loving nature.  Although he was a very private family man, he was outgoing and had a magnetic personality.  His family will cherish their memories of him.Glenn is survived by 3 daughters, 2 sons, 10 grandchildren, 2 great grandchildren, 2 brothers, Shig Shozi a good friend and shipmate, as well as many others servicemen and shipmates.He is preceded in death by his grandparents, John and Julia Danzeisen and seven siblings.

Graveside services celebrating the life of Glenn Stewart Danzeisen will be at 11:00 AM on Friday, February 8, 2013 at Minnesota State Veterans Cemetery in Little Falls. Chaplain Gregg Valentine will officiate.

We are saddened to read of Glenn’s passing. As we are unable to attend the service, we want to extend our sympathy to his family and friends. Rest in Peace, Glenn.