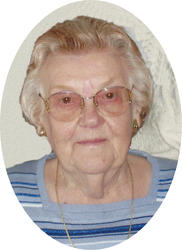 A special thank you to all the doctors and staff at Country Manor as well as Pioneer Village for the wonderful care mom received, God bless you all.

The mass of Christian Burial, celebrating the life of Helen C. Scepaniak, age 97of Albany, will be 11:00 AM, Monday, August 14 at the Seven Dolors Catholic Church in Albany. Burial will be in the parish cemetery.