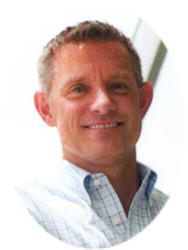 A memorial service celebrating the life of Joel Luther Pearson, age 48, will be at 4:30 PM, Wednesday, June 19, at Salem Lutheran Church, 90 Riverside Drive SE, St. Cloud. Rev. Wayne Anderson will officiate. There will be a time to gather before the services from 4:00 -4:30 at the church. A memorial service was held in Baltimore on Friday, May 31 with Rev. Andrew Conners officiating. Joes was born December 3, 1964 to Marvin and Ione Pearson. He graduated from St. Cloud Tech High School in 1983 and the University of Minnesota in 1990; where he received a Masters Degree in Architecture. Joel belonged to the American Institute of Architects and acquired additional training in LLE AP (Energy Efficient Building). He volunteered as a Big Brother for over ten years and was very involved on the architectural committee of his neighborhood association. The Moveable Feast, Equality Maryland, and AIDS Action were actively supported by him. He was baptized and confirmed at Salem Lutheran Church and he served on the Salem Church council. Joel is survived by his life partner of 20 years, Jon Adler Kaplin, Baltimore MD; his parents, Marvin and Ione Pearson, St. Cloud; his siblings Brian (Sherry) Pearson, New London; Karla (Mark) Call, Henderson, NV; Adair (Doug) Erickson, Elk River, and Erin Pearson, Minneapolis. He is also survived by five nieces and nephews, one grand-niece and countless friends and relatives. Joel will be greatly missed by all who knew him. Memorials are preferred.

Gathering will be at Salem Lutheran Church

Memorial Services will be at 4:30 PM

Services will be at Salem Lutheran Church

I am so sad to hear about Joel. My deepest sympathy goes out to your entire family.