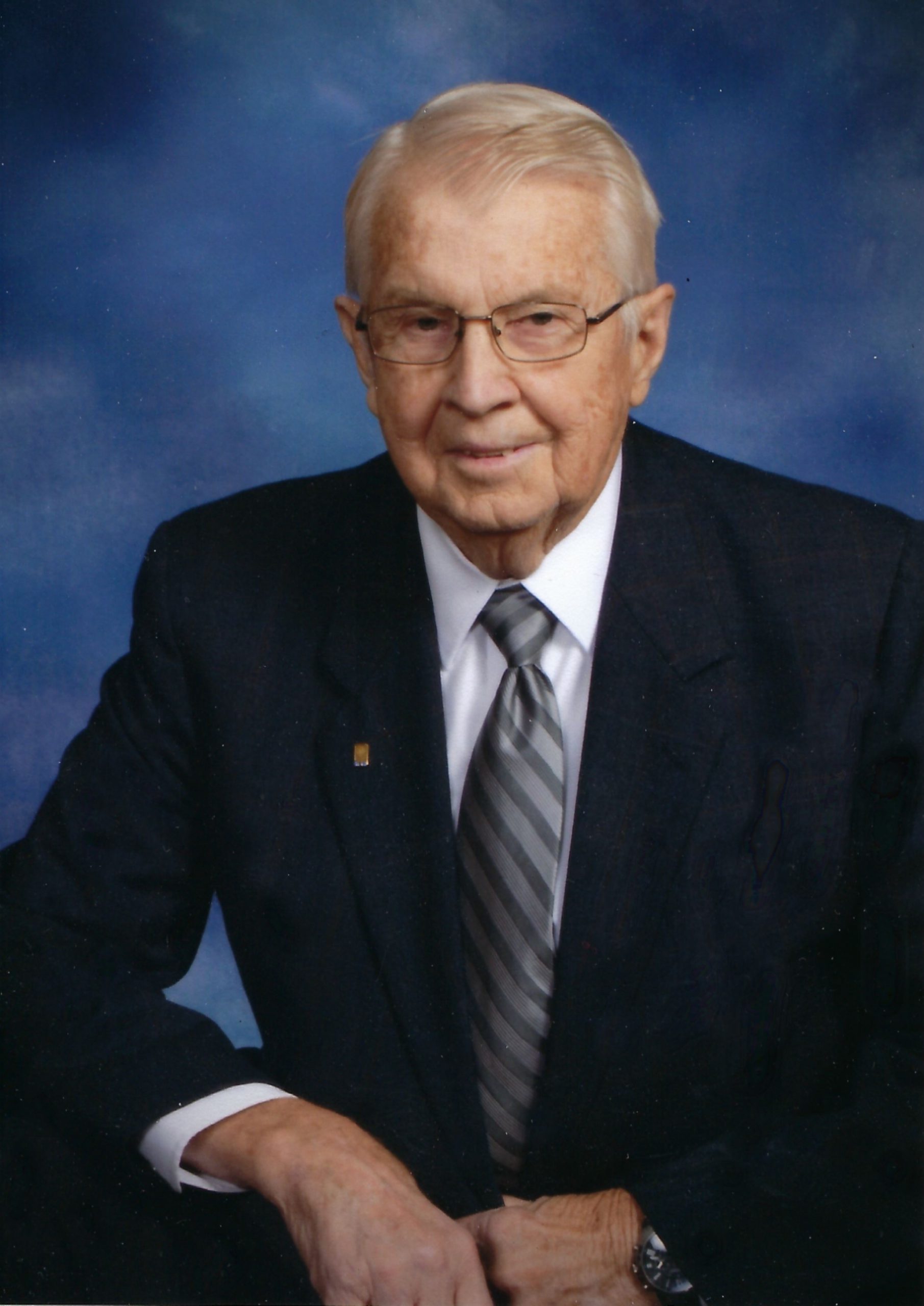 Keith Carroll Haarstick was born July 18, 1930 in Milwaukee, Wisconsin to Herman & Othelia (Peterson) Haarstick.  He was peacefully called to his eternal home January 8, 2022 at the age of 91, with family by his side.
His family moved him at a young age to Cokato, Minnesota, where his father began to farm.  Keith attended Knapp Elementary and graduated from Cokato High School in 1949.  He earned a Funeral Directors Degree from the University of Minnesota.
He was United in marriage on September 4, 1954 to Ardyce E Ittel at St James Lutheran Church in Howard Lake, MN.  The Lord blessed their union with 67 years of marriage and four children.
Keith & Ardyce moved their family to Des Moines, Iowa; where they raised their children.  Keith then worked as an Applied Mechanical Engineer for over 30 years.
At retirement, they were drawn back to their home state of Minnesota and settled in St Cloud, close to extended family.  He then returned to his original career and helped at Miller Carlin Funeral Home until the age of 85.
Keith was involved in several Lutheran churches, serving as President, Elder and usher.  More than anything, he loved spending time with family and friends.  Known as a bit of a prankster, he often had that “smirk” when one couldn’t determine if he was serious or not.  He could fix anything mechanical, from cars to furnaces.  He was happiest outdoors, either hunting or fishing. However, fishing was his solstice.  His favorite was his annual Canadian trip with friends, children and grandchildren. His last trip proudly included all his grandsons.
Keith is survived by his wife, Ardyce, his children, Brenda Streit of Verdon, NE; Jaclyn (Mark) Bogue of Ida Grove, IA; Todd Haarstick of St Cloud, MN; Troy (Tori) Haarstick of Edgerton, WI; his 11 grandchildren and their spouses, 1 great grandson and one more grandchild on the way; many in laws and nieces and nephews.  He will be remembered for his clever wit and his tender heart.                                                                                                      A memorial service will be held at a later date.