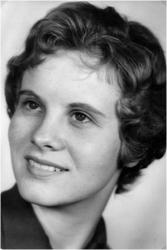 A memorial service will be held at 12 PM, Saturday, April 30th at The Episcopal Church of the Good Samaritan in Sauk Centre, Minnesota for Laurie Brown (Hird) Freeman, with a reception to follow at The Rock Tavern on Big Birch Lake. A private internment will take place at a later date.Laurie Brown Hird was born April 20, 1940 in San Diego, CA. As the daughter of a naval officer, she traveled the country in her youth, but her favorite home was Hawaii, on the island of Oahu, where she attended High School at the Punahou School in Honolulu. She always remained a Hawaiian girl at heart. Laurie graduated from The University of Mississippi in 1962, worked as a medical technologist in San Diego, CA, and was united in marriage there to Ralph Freeman in 1965. They moved to Minnesota in 1967. Residences there included Graceville, Canby, and Little Falls, where they lived from 1975-1990. Her one constant home was always ‘The Cabin’ on Big Birch Lake, in Grey Eagle, MN, where she spent summers as a child, and continued to do so throughout her life. She passed away peacefully at home on Big Birch Lake, on the morning of April 27, 2011 surrounded by her family, after a courageous battle with cancer.She is survived by her loving Husband Ralph Freeman, mother Mary Clark Hird of Sauk Centre, daughter Candace Panner of Eugene,OR, sons Jason (Laure) of Sartell, MN, Jody (Jill), of Elk River,MN, and Mitchell(Elizabeth) of St. Cloud. Also her two sisters, Sally (Bob) Hughes of Murfreesboro, TN and Julia (Tom) Zaborski of Osh Kosh, WI., and, step-son Jeff (Sue) Freeman of Decatur, IL. Laure is also survived by 11 grandchildren, and numerous nieces and nephews.She was preceded in death by her father, Louis Rittenhouse Hird.
Her warm and generous spirit, love of life and family, and great sense of humour will be greatly missed by all who knew her.

Memorial Services celebrating the life of Laurie B. Freeman, age 71 of Grey Eagle will be 12PM Saturday, April 30, 2011 at Good Samaritan Episcopal Church in Sauk Centre. Rev. Doris Dodds will officiate, and burial will take place at a later date.

Our prayers and deepest sympathy to the entire Freeman Family. Laurie was a devoted member of Good Samaritan and her warm spirit and caring attitude will be missed by everyone. She was a wonderful person and a woman of faith and courage never complaining about her long battle against cancer. Laurie will be sorely missed by our entire faith community of Good Samaritan.

Ralph and Family,
I’m so sorry to hear that Laurie passed away. She
was a very kind lady. The world needs more people like
her. You’re in my prayers and have my deepest sympathy.
Sandy Klimmek

Dear Ralph and family,
Rich and I were gone when Laurie died. Sorry to hear that she passed away. May the Lord be your strength now.
Sincerely,
Linda Carlson

Laurie was one of the most wonderful, kind & considerate women that I have ever had the pleasure of meeting. The love she had for her family was awe-inspiring. I’m devastated at hearing of her passing. I will always remember her. Pam.

My thoughts and prayers are with your family. I have fond memories of babysitting for Candy, Jason and Jody many years ago, when I lived across the street in Graceville. Laurie was always such a kind person.

Ralph/Jason, I am sorry this is a bit late as I just found this out and I am so sorry to hear about your loss. Your mom was always very sweet!