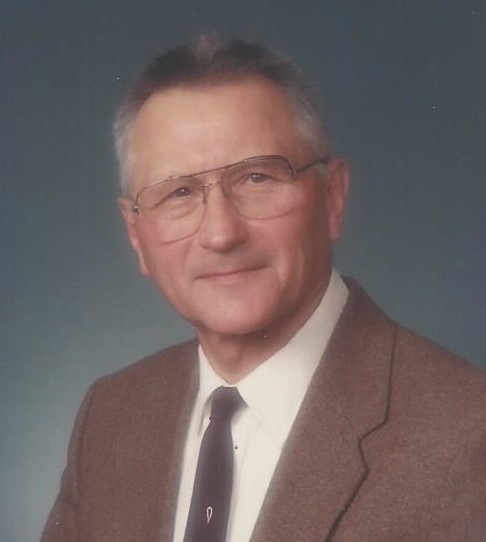 Leo Wentland, 96, of Holdingford, passed away May 3, 2018 at the St. Cloud Hospital. A visitation will be held from 4-8:00 PM on Wednesday, May 9, 2018,at the Miller-Carlin Funeral Home in Holdingford with a prayer service at 6:00 PM. A funeral service will be held at 12:00 Noon at the Eagles Club, 917 15 th Ave SE, Rochester, MN on Thursday, May 10 th . Visitation will be one hour prior to the service Thursday at the Eagles Club. Burial will be at Memorial Gardens Cemetery in Rochester, MN.

Leo Joseph Wentland was born on March 1, 1922 on the family farm near Holdingford and graduated from Holdingford High School in 1940. On November 11, 1942, Leo entered the Army infantry, was trained as a radio repairman, and served in the Central Pacific area. He was discharged from the 57 th Signal Repair Company on December 23, 1945.Leo completed course work in electricity and received his certificate from the Dunwoody Institute in September of 1949,after which he traveled and worked at various electrician jobs throughout Minnesota and the Dakotas’. One of those places happened to be the original Mayo Clinic Diagnostic Building in Rochester Minnesota. He was very proud to work on this building, for all the knowledge and insight given by Mayo Clinic’s health care teams to their patients. While working there, he met Doris Gardner. Doris and Leo were married May 26, 1964 at the Wayfarers Chapel in Portuguese Bend, California. In 1966, Leo and Doris moved to the Wentland family farm, where they farmed, raised cattle, and ran an electrical contracting business. In 1995, the farm was certified a century farm. Leo was a loving and devoted husband to Doris for over 45 years.

Leo is survived by his brother, Louis Wentland and 52 nieces and nephews. He was preceded in death by his wife Doris, his parents, Ignatz and Anna Wentland; sisters, Josephine Winskowski, Mary, Rose Marsolek, Dorothy Psyck, and Adelaide Stanoch; brothers, Roman, Stanley, Arthur, Ambrose, and Anthony.

Visitation will be one hour prior to the service Thursday at the Eagles Club. Burial will be at Memorial Gardens Cemetery in Rochester, MN.