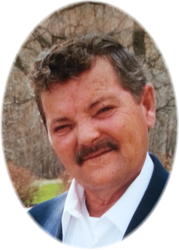 Services celebrating the life of Leonard “Lenny” John Rademacher, age 69, of Avon will be 11:00 AM Thursday, October 11, 2012 at Seven Dolors Catholic Church in Albany.  Fr. Michael Naughton OSB will officiate.  Lenny passed away Saturday morning surrounded by his loving family.  There will be a visitation from 4:00-8:00 PM Wednesday, October 10, 2012 at Seven Dolors Catholic Church in Albany and again after 10:00 AM on Thursday at the church.  Arrangements are being made with Miller-Carlin Funeral Home in Albany.Leonard John Rademacher was born in New Munich on September 5, 1943 to Virgil and Theresa (Zierden) Rademacher.  HE was raised in New Munich and spent his entire life in the central Minnesota area.  Lenny married Dianne Groetsch on February 15, 1969 and together they raised four children.  He worked many jobs and spent 28 years with Versa Paper Mill as a lab technician before retiring in 2009.  Lenny loved to garden, especially his roses, which were a special gift when he gave them to any of his ten grandchildren.  Lenny belongs to the Catholic Order of Foresters and the United Paperworkers Union.  He was also a member of Seven Dolors Catholic Church in Albany.Lenny is survived by his wife of 43 years, Dianne; his children Lisa (Ranji) Lachmansingh, Sauk Rapids; Michael (Therese) Rademacher, Askøy, Norway; Rachel (Dan) Smoot, Cottage Grove; and Heidi Rademacher, Sauk Rapids; his siblings Richard (Karen) Rademacher, New Munich; Harold (Joan) Rademacher, Greenwald; Eugene (Betty) Rademacher, Melrose; Bernice (Ron) Olmscheid, Regal; Joyce Yarke, St. Cloud; Norman Rademacher, New Munich; Chuck Rademacher (Nancy Oehrlein), Cold Spring; Debbie (Phillip) Schmeising, Paynesville; his ten grandchildren Abigail, Adan, Jaidev, William, Markus, Matias, Emmet, Nevaeh, Anika, Liam; and many family friends.He is preceded by his parents Virgil and Theresa Rademacher; and infant child; goddaughter Trista Yarke; mother-in-law Rita Groetsch; and his grandparents.

Words cannot express how terribly sorry I am for your loss! I am thinking of your entire family and praying that your grief is comforted by the many memories of your husband/dad/grandpa. I will never forget his smile.

Rademacher family, we are so sorry for your loss!