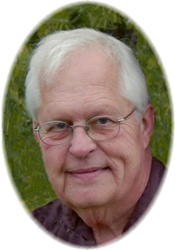 Funeral services celebrating the life of Lester William Arlt, age 69 of St. Cloud will be 11 AM, Monday, February 27, 2012 at the Miller-Carlin Funeral Home in St. Cloud.  Chaplain Nicole Schmidt will officiate, and burial will take place at a later date.  Lester died peacefully in his home surrounded by his family Wednesday morning.  There will be a visitation from 4-8 PM, Sunday, February 26th at the Miller-Carlin Funeral Home, and again from 10 AM until the time of the service Monday morning once again at the funeral home.  Arrangements are being made with the Miller-Carlin Funeral Home of St. Cloud.Lester was born February 1, 1943 to Arnold and Esther (Alsleben) Arlt in Glencoe.  He grew up in Glencoe, but after marriage lived in Columbia Heights, Washington D.C., San Francisco, and Coon Rapids before moving to St. Cloud where he lived the rest of his life.  The attended Glencoe High School graduating in the class of 1961.  He later furthered his education attaining a degree in Sociology from the University of Minnesota in 1965.  Lester married the love of his life Jean Miller on September 5, 1964 in Glencoe.  He enlisted in the Navy where he served as an officer aboard the USS Enterprise during the Vietnam War from 66-69.  He worked for DeZurik Corp as a purchasing manager from 1974 until retiring in 2000.  Les held various positions after his retirement, the one he enjoyed the most was driving the Care Cab wheelchair van.  Lester always enjoyed yard work, gardening, and pondering under the oak tree at the cabin.Lester is survived by his wife Jean Arlt, St. Cloud; his children Darrin (Michelle) Arlt, Saginaw, MI; Becky (John) Youngdahl, Champlin; his siblings Norm (Quink) Arlt, Aurora, CO; Nancy (Dick) Carsberg, Dunnellon, FL; Cindy Arlt, Maple Grove; and his grand kids Emma, Hanna, and Megan Arlt, and Alec and Ryan Youngdahl.He is preceded in death by his parents Esther and Arnold Arlt.In lieu of flowers the family would request donation be made to the Coborn Cancer Center, St. Cloud Hospice, or the MS Society.

There will be a visitation from 4-8 PM, Sunday, February 26th at the Miller-Carlin Funeral Home, and again from 10 AM until the time of the service Monday morning once again at the funeral home.

In lieu of flowers the family would request donation be made to the Coborn Cancer Center, St. Cloud Hospice, or the MS Society.

Darrin, Michelle, & family,
our thoughts and prayers are with you every day, now and throughout the next week. lean on each other and know that our love for you is strong enough to reach you no matter how many miles are between us in your time of need. Love you all.

Dear Jean & family,
We will be praying the the Lord will comfort you at this difficult time. We are so happy we got to have lunch with you and get acquainted. Just thought about contacting you on tues. to see how Les was.

Our deepest sympathies to the Arlt family. He will be deeply missed. We were blessed with Les’ friendship and will always remember his humor and love of life. Les made me laugh from New York to Alaska. He will always remain in our hearts, thoughts and prayers.

We both miss our nephew Les. He was the first-born of the next generation, and grew up on the same family farm as the six of us in my family. Always enjoyed chance visits with him and Jean. Years later, living across the country. we always looked forward to his annual Christmas letter, always full of his wit and dry humor. Our thoughts and prayers are with Jean and the family.

Les was a wonderful, fun uncle full of laughs and great energy. He will be missed. I am planning on seeing him again someday in the beyond and giving him a high-five, as was tradition. He explained to me not long ago how to set up such traditions with nieces and nephews to keep them close and in line. Or something on that order; I’m sure he would tell it funnier than I can. Love to Jean, Becky, Darrin, the kids. Les is a one of a kind and will be missed!