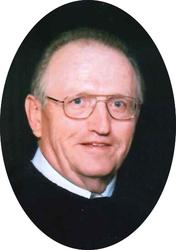 Celebrating the Life of

Marvin Albert Sowada was born in Brockway Township, Minnesota on May 12, 1940 to Wensel John and Pauline Helen (Dobis) Sowada. He grew up with his siblings on a farm near Opole, Minnesota and attended a one room school house for his formative elementary years. He continued on to high school in Holdingford, Minnesota and then completed his Bachelors of Science in Math, Chemistry and Physics at St. Cloud State University with classes also attended at the University of Minnesota. He married Patricia Ann Trettel on June 14, 1965 at Holy Cross Catholic Church in North Prairie and then the couple moved to Columbia Heights shortly thereafter where they were blessed with four children Jaqueline Ann, Susalyne Ann, John Albert and Sheralyne Ann.  Marvin worked for a few years at the University of Minnesota as a research analyst until moving into a data security computer programmer position at West Publishing in St.Paul/Eagan. He devoted 30+ years at West Publishing until his retirement in 2000.  Marvin was a member of both Immaculate Conception Catholic Church in Columbia Heights and Holy Cross Church in North Prairie where he was an usher and a member of the St. Joseph Society.   He also was a lifetime member of the Knights of Columbus.

Marvin could never let go of his passion for farming and even though he had a career in the big city he also operated a family farm in Brockway Township, MN that was originally purchased from his godfather Bernard Sowada. He loved working on machinery, cultivating fields with corn, small grain and potatoes, picking corn, making wood and planting pumpkins that he would hand out to schoolchildren and fire stations, all to bring a smile to those that received them. He loved Farmall tractors, auctions and rocks of all shapes and sizes with agates the cream of the crop. He had a practical sense, fixing things himself and was always willing to help on family projects that would come up. When his children were young, attending his children’s activities brought a light to his eyes whether it was recitals, sports meets or concerts and he was always proud of what his children accomplished. He loved Johnny Cash, playing poker with friends and playing Casino War when he could find it. He will be deeply missed by all that knew him and will be forever in our hearts.

He was preceded in death by his father and mother Wensel and Pauline Sowada and his brother Norris Sowada.

Visitation and Mass of Christian Burial

Dear Patricia Ann & family, So sorry to hear
of your loss & your hospitalization Patricia. Hope family, faith, & great memories help you at this time. Would love to see you Patricia, it’s been a really long time since Lora B’s days!! Please know that you are in my thoughts & prayers. I keep in touch with Doris, she filled me in. Please take care, our thoughts with you, Pat Rose & Don Kussman

Dear Patty and family , so sorry to hear of Marvin’s passing. May he rest in peace. God bless you and give you and your family comfort at this time. Sending all of our love and prayers. Ed and Donna Wollack

We are sorry to hear of Marvin’s passing. We send our love and our prayers to you and your family. Thank you for letting Joe Wollack share all your picture with us. May Marvin rest in peace. Take care. I am having trouble sending this. I hope you get our wishes this time. Ed and Donna Wollack