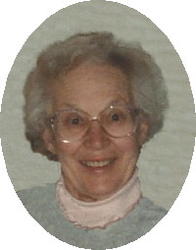 There will be private services celebrating the life of Mary Bottiani, age 96, of Holdingford, formerly of Ely.  Arrangements are being made with Miller-Carlin Funeral Home, Holdingford.

Mary was born in 1919 to Anton and Magdalena Stefanich and was raised with two siblings.  She married Joseph Kuznik and, after his death, Joseph Bottiani.  The Bottianis  built and operated Motel Ely.  After his death, she enrolled in college and became a teacher.  Retired from the Holdingford School District.

She is preceded in death by parents Anton and Magdalena Stefanich, brother Anthony, sister Helen Werman, and husbands, Joseph Kuznik and Joseph Bottiani.

Private services will be held by family.

I remember Mary in the Holdingford Elementary halls in my early teaching days. She always had a mission to be the best should could for the sake of others around her.  We will miss her.  You are in my thoughts and prayers. – Marie Popp