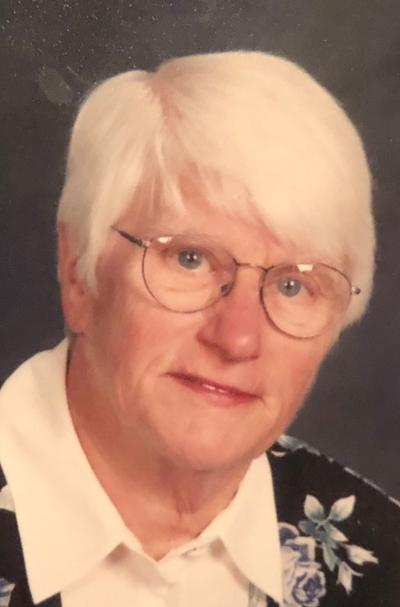 Rita Theresa Mettenburg was born on January 10, 1927 in Millwood Township, Stearns County, MN, the eighth of ten children born to Henry and Catherine (Euteneuer) Suek. She passed away on May 15, 2020 at St. Benedicts Sr. Community hospice. Rita was raised in Freeport and Holdingford. She graduated from Holdingford High School, Class of 1945, and from St. Cloud Teachers College. She began teaching in one-room school houses in Stearns County with her teaching certificate in 1946. On August 26, 1948, she married LeRoy Mettenburg and they celebrated 50 years of marriage before he passed. Together they raised six children on St. Cloud’s southside. Rita was a devoted wife and an amazing mother who would (and did) do everything she could for her children and grandchildren. She was a great cook, baker and gardener, likely out of necessity. After her children were in school, she returned to the workforce, first as a teacher’s aide at Holy Spirit School and then to the Pan O’Gold bread store where she eventually became manager. She retired in 1992, again needed at home to spend time with and care for LeRoy. Rita enjoyed walking the latter part of her life, after she had raised her family and had more time. She strolled her neighborhood on the southside and later the grounds at St. Bens, during all seasons and up until the last days of her life.

Left to mourn her loss are her children Doris (Rob) of St. Cloud, Gerald (Jane) of San Antonio, Diane (Pat) of Inver Grove Heights, and Karl (Barb) of Apple Valley; her grandchildren Jennifer, Sarah(Peyton), Audrey (Garrett), Melissa (Aaron) and Connor; her great grandsons Fendall and Gideon; her sister-in-law Rosie Mettenburg; and many nieces and nephews.

While Rita did not have COVID-19, the isolation caused her much loneliness and confusion the past two months. She was of the Greatest Generation, which mobilized and worked hard to address challenges. Isolating was not in her nature.

Rita was a charter member of Holy Spirit Parish. A private funeral will be held there on May 19, 2020 followed by interment at Assumption Cemetery.

A private funeral will be held at Church of the Holy Spirit Parish on May 19, 2020 followed by interment at Assumption Cemetery.