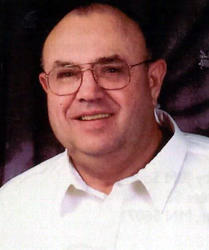 Bob was born March 23, 1940 in Holdingford to Stanley and Adeline (Lampert) Brenny. He graduated from the Holdingford High School and  served the U.S. Air Force from 1958 until 1963 and was in the Air Force reserves until 1964. He returned to central Minnesota and owned Brenny Granite City Ambulance Service in St. Cloud. Bob married Pat Westendorf on August 3, 1968 in Melrose. Bob graduated from the University of Minnesota with a degree in Mortuary Science. In 1972, he sold the Ambulance service to Murphy Ambulance and purchased the Schafer general store and funeral home in Albany. He closed the general store portion shortly after. Bob also drove bus for Trobec’s Bus Service in St. Stephen. In 1975, he purchased the Brenny Funeral Home in Holdingford from his father, Stan. Bob operated the funeral homes until he retired in 2001. He was an active member of Professional Rescue Instructors of Minnesota (PRIM) teaching other ambulance crews, fire and rescue squads, and organizing simulated disaster scenes. In 1981, Bob was recognized by the Albany Education Association for his outstanding teaching including; community education CPR classes, first aid, and death and dying. He also taught death and dying classes to high school students and gave presentations to parent groups on talking to children about death. Bob was on the Albany City Council in 1991 and from  2001 through March 15, 2006.  From 1992  through 1998, Bob was the Mayor of Albany, MN. Bob was well known as the leader of the Bob Brenny Band. He and his band performed polka music across the Midwest and  had  radio shows on KASM in Albany and KRWC in Buffalo for many years.  Bob was a member of the Seven Dolors Catholic Church, the Albany American Legion, the Minnesota Funeral Directors Association, and the National Funeral Directors Association.

Bob is preceded in death by his parents and his son, Scott.

Memorials are preferred to Mother of  Mercy Foundation in Albany, Minnesota.

The Mass of Christian Burial, celebrating the life of Robert C. Brenny, age 77 of St. Cloud, formerly of Albany will be at 11:00AM on Tuesday, March 20 at the Seven Dolors Catholic Church in Albany.

We are sorry to hear of Bob’s passing.  Around 1993 Bob asked me to come to Colorado with the band.  Big guy with a huge heart!  Always had a blast when we saw each other.  RIP Bob and our hearts and prayers are with the Brenny family.

I have fond memories of our time together at the University of Minnesota.  May God bless the memory of Bob Brenny.

Pat and Family; our deepest sympathies! Bob will always be in our hearts! He became a special friend as my sons were in sports and beyond. He certainly is sitting next to God. May your pain soften and your memories always be celebrated!  Prayers & blessings…

Pat and Family; our deepest sympathies to you all. Bob is certainly sitting right next to God! May your pain become softer and your memories be celebrated! Bob was an amazing man with a legacy including how he guided young folks. My sons were touched by Bob through football and beyond! Blessings & prayers.

Pat and family; our deepest sympathies in the loss of Bob. What a legacy and infinite hearts he forever changed. Bob became involved with my sons through sports and beyond. Such an amazing man who loved all those around him. Sending blessings that your pain will become softer and the memories will continue to be celebrated! the Bruce Abraham Family