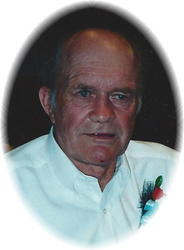 Services celebrating the life of Robert “Bob” Soltis, age 75, of Upsala, will be at 11:00 AM on Monday, December 28, 2015 at the Community Country Church in Holdingford.  Pastor Gregg Valentine will officiate and burial will follow in the South Elmdale Cemetery.  Robert died suddenly at Mother of Mercy Campus of Care in Albany.  There will be a visitation for family and friends from 4:00-8:00 PM on Sunday, December 27, 2015 and again after 10:00 AM on Monday at the church.  Arrangements are being made with Miller-Carlin Funeral Home of Holdingford.

Robert was born on February 13, 1940 to Harry and Helen (George) Soltis in Holdingford and was raised alongside 12 siblings.  He enjoyed a childhood full of family and activities, such as the “South Elmdale Bushwhackers,” the neighborhood baseball team.  Bob was a talented athlete and was recognized with All-Conference Honors in all four sports: football, basketball, baseball, and track.  He was one of the first players to be chosen for the All State Football Team in 1957.  After graduating from Upsala High School, Bob continued on to college before returning to the family farm after his father’s death to help on the farm and with his siblings.  On April 28, 1978, he married Bonnie Czech at St. Hedwig’s Catholic Church in Holdingford and their union welcomed two daughters.  Bob was a direct man with a dry sense of humor who often said, “if you think it, you might as well say it.”  He lived his life not worrying about tomorrow because it hadn’t come yet and not dwelling on the past as it’s done and you just move on.  Bob was a caring and generous man who would give the shirt off his back.  He was an Iron Worker for over 37 years until his retirement in 1995; after which he could be found doing odds and ends.  Over the last seven years, he’s dealt with many injuries but always bounced back.  He never complained about pain and his granddaughter Nevaeh, who was Pump-Pumpa’s pride and joy, brightened his days.  Bob was recently inducted, in 2014, in the Upsala High School Athletic Hall of Fame.  He like spending time in his garage, which he called his office, and enjoyed visiting with neighbors.  Bob liked to kid with his mother-in-law that “there are only 2 people in the world: me and the Lord; and once in awhile I give him the day off.”  He was looking forward to returning to his home, but his family is comforted that he is now home with God.

He is greeted in Heaven by his daughter Terri Soltis, who passed away July 31, 1999, his parents Harry and Helen Soltis, his brother Duane “Dewey” Soltis, his parents-in-law Ted and Irene Czech, and his brother-in-law Roger Suchy.

Services will be at 11:00 AM on Monday, December 28, 2015 at the Community Country Church in Holdingford. Pastor Gregg Valentine will officiate and burial will follow in the South Elmdale Cemetery.