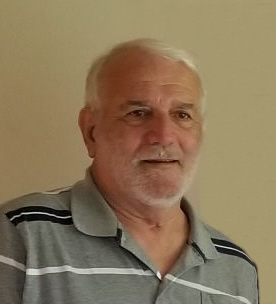 The Mass of Christian Burial, celebrating the life of Roger S. Blenker, age 69 of Avon, will be at 10:30 AM Thursday, August 16, 2018 at Immaculate Conception Church in St. Anna.  Father Gregory Mastey will officiate and burial will take place in the parish cemetery.  Roger passed away suddenly of a heart attack at his home on Saturday. There will be a visitation from 4:00-8:00 PM Wednesday, August 15, 2018 and again after 9:30 AM Thursday, August 16, 2018 at Miller-Carlin Funeral Home in Albany.  Parish Prayers will be at 8:00 PM Wednesday evening at the Funeral Home in Albany.

Roger was born on September 10, 1948 to Leo and Theresia (Meier) Blenker in Albany. He graduated from Albany High School Class of 1967.  Roger served in the United States Air Force from 1967-1971.  He was married to Janet Vos in St. Anthony on June 9, 1973.  Roger worked for the Postal Service and Fingerhut before working at Polar Tank & Trailer in Opole for 40 years and retiring in 2014.  He belonged to the Immaculate Conception Church and Albany American Legion.   Roger was a family man and enjoyed spending most of his time with his loved ones and good friends.  Sharing his love of the outdoors with his friends and family was one of his favorite things. Over the years Roger loved hunting, particularly deer hunting near Pine River and fishing on his “Secret Lake” where the fish were always biting. Roger also had many canine companions that he enjoyed taking on long walks in the woods. His furry friend Brody kept him good company in recent years.

Roger is survived by his wife of 45 years, Janet Blenker of Avon; his children, Tracy Blenker of Avon and Eric Blenker of Andover; his sister, Mary Grund of St. Cloud; sister-in-law Mary Blenker of Albany, his grandchildren, James and Jaxson, as well as many other family and friends.

In lieu of flowers, donations can be made to a charity of your choice. Donations to Parkinson’s Research are appreciated.