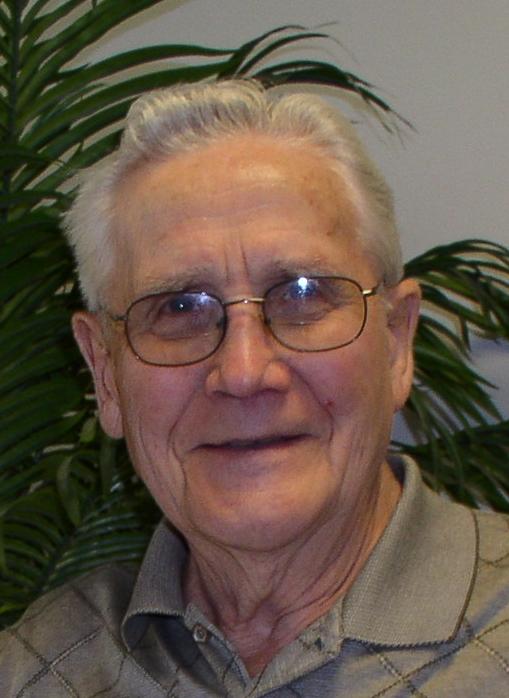 Russell Wesley Schutt, 97, passed away January 21, 2019 at his home in Sartell, Minnesota.

A celebration of Russell’s life will be held on Thursday, January 31, 2019 at 1:30 p.m. at the Country Manor Chapel in Sartell, with Reverend Beverly Crute and Chaplain Adam Sohre officiating.  Visitation will take place an hour prior to the service at the chapel.  Burial will take place at the Kerkhoven Cemetery, Kerkhoven, Minnesota at a later date.

Russell was born on October 20, 1921 to John A. and Julia (Lillian) S. (Larson) Schutt in Kerkhoven, Minnesota.  He graduated from Kerkhoven High School and shortly thereafter enlisted in the Navy in 1942.  After completing basic training in the Midwest he was sent to the US Naval Air Station in Norfolk, Virginia where he was an assistant instructor, and then on to Midway Islands in the South Pacific serving as an aircraft mechanic.  Upon his discharge at the end of World War II, he returned to Kerkhoven and became a co-owner of the Gambles hardware store where he had worked as a teenager.  He and his wife, Shirley, were married in 1952.  They made their home in Kerkhoven where they owned and operated Schutt’s Kerkhoven Shopping Center for many years before moving to Sartell, Minnesota in 2014.  Russell was active in the community as a member of the Lions Club, the Brendan-Johnson American Legion Post, a founding member of the Kerkhoven Rescue Squad, and a board member of the Presbyterian Family Foundation.

Russell enjoyed piloting airplanes in his younger years, inspired by his time servicing aircraft in the Navy.  He often continued to help his brothers out during busy seasons on the family farm.  He was never without a vegetable garden and Russ and Shirley’s flower gardens were a stop for many on their evening walks around town.  He was always there to offer a helping hand to friends and strangers alike and could fix nearly anything.  A good cup of coffee and a visit with an old friend or new acquaintance made him happy.  Russell’s greatest love was his family.  He loved spending time with his kids and enjoyed his grandchildren even more.  He was an active member of the Kerkhoven Presbyterian Church until it disbanded in 2015, serving as a trustee, elder, delegate to the national General Assembly, and all-around maintenance person.

Visitation will take place at 12:30PM at the  Country Manor Chapel in Sartell.

A celebration of Russell’s life will be held on Thursday, January 31, 2019 at 1:30 p.m. at the Country Manor Chapel in Sartell, with Reverend Beverly Crute and Chaplain Adam Sohre officiating.