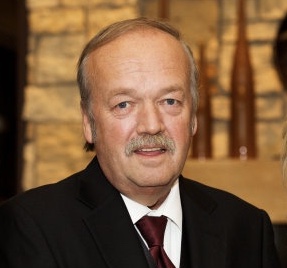 Steve was born June 21, 1948 in New Ulm, Minnesota to Roy and Anna (Haugen) Joramo.   He was raised and educated in Hanska, where he met and married  Cheryl Thordson on January 26, 1968.  They lived in St. James and Monticello, where they raised two children, Blaine and Jenae.  The marriage was later dissolved. Steve married Marlys Olson on November 12, 1988.  They lived in Monticello, where they raised their daughter Jessie and step-son Erik.  The marriage was later dissolved, but the two remained great friends and visited frequently.  Steve married Gail Eslinger on May 23, 2009.  They lived in St. Cloud and enjoyed a wonderful life together filled with love, laughter, family and friends.  Steve spent most of his career working with cars.  He could refinish and repair almost any vehicle.   In 2014, Steve retired from Hoglund Bus in Monticello, where he was employed as a Service and Parts Manager for over 20 years.

Steve was a passionate man.  His favorite passions were his family, friends, cars, racing, cooking, and his dogs, Scamper and Max.  He laughed often at the antics of his grandkids and great grandkids, holding each one in a special place in his heart and he was very proud of the accomplishments of his children.  He once counted how many cars he owned and soon found they numbered more than his age, which made him smile!  For years he drag raced and made many friends along the way.  Racing was in his blood!  Steven made friends very quickly wherever he was and those friendships lasted his lifetime.  He was an outstanding cook and loved to host events and parties to share his great meals.  His cooking skills were passed on to all of his children.  One of his greatest joys was teaching his family to make lefse!  He was proud of his Norwegian ancestry and adopted “Ole and Lena” as his own, often telling jokes about them.  Being a passionate man, his friends and family knew he loved them and that love was given back to him in return.

Steve is preceded in death by his parents and his step-son, David Randall.

A time of visitation and photo memories will be at 10:30 AM, Monday, March 18, 2019 at the Miller Carlin Funeral Home Chapel in St. Cloud, MN with a time of food and fellowship immediately following the service at the funeral home.

Services for Steven “Steve” Joramo will be held at 11:00 AM on Monday, March 18, at the Miller Carlin Funeral Home in St. Cloud, MN.