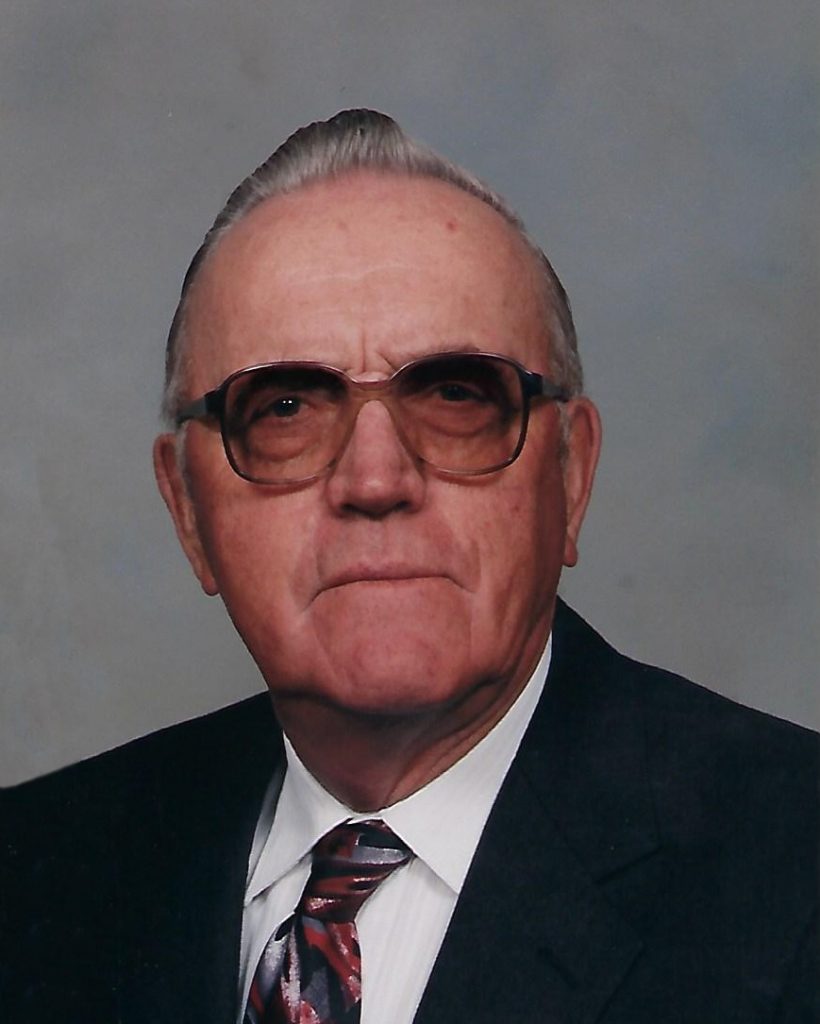 Pat was born June 9, 1925 in Langola Township, Rice, MN, to Joseph C, and Mary (Morgel) Warzecha.  He attended school in Rice. In his youth Pat began working for local farmers picking potatoes and assisting with chores.  He also rode the train to work for farmers in the Wahpeton/Breckenridge area. He served in the US Army in the Asia-Pacific Theater during WWII. Pat was united in marriage to Ione T. Waletzki on October 3, 1950 at St. Stanislaus Kostka Catholic Church in Bowlus.  The couple made their home near Bowlus where they farmed for many years. Pat was also busy with many other business and civic activities, along with working at DeZurik in Sartell and Anderson Custom Manufacturing in Little Falls. He retired at age 63, but continued to be active cutting and selling wood, helping family and friends and working in the garden with his wife.  Pat enjoyed visits to the casino, fishing, playing cards, and dancing.  He especially enjoyed spending time outside in nature. Pat will be remembered fondly as a successful farmer, business, and family man. Pat was a founding member of American Legion Post #642, Bowlus, and a member of St. Stanislaus Kostka Catholic Church in Bowlus.

He is preceded in death by his parents, his wife, Ione in 2013, son, Mike Warzecha and 7 siblings.

The family would like to express a special thank you to Pat’s extended family at the Good Shepherd Community, especially the memory lane caregivers for their kind, gentle care, and loving support.

A Visitation will be from 5:00 – 8:00 PM Sunday at the St. Stanislaus Kostka Catholic Church in Bowlus and again after 10:00 AM on Monday at the church. Bowlus American Legion will pray at 6:30 PM and Parish Prayers will be at 7:00 PM on Sunday at the church.  Arrangements are being made by the Miller-Carlin Funeral Homes.

The Mass of Christian Burial, celebrating the life of Sylvester ‘Pat’ Warzecha, age 93 of Sauk Rapids will be 11:00 AM, Monday, April 15, 2019 at the St. Stanislaus Kostka  Catholic Church in Bowlus.  Burial will be in the parish cemetery.