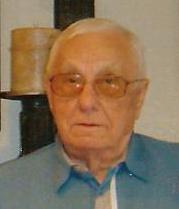 THEODORE T. HEISLER June 22 1920 – January 25, 2010  Private services will be held for Theodore (Ted) Heisler, age 89 of Cold Spring, who died Monday at the Assumption Care Home in Cold Spring.  Arrangements are being made by the Miller-Carlin Funeral Home in St. Cloud.  Ted was born June 22, 1920 in Richfield, MN to Anthony and Mary (Pahl) Heisler.  He joined the U.S. Army and served in the Third Armored Division from 1942 – 1945.  After his honorable discharge, Ted started his own company as a wholesale potato dealer.  After his retirement, he moved to Arizona and then moved back to Minnesota in 1993.    Ted is survived by his brothers, Howard Heisler of Cold Spring and James (Phoebe) Heisler of Oklahoma City, OK.  He is also survived by many nieces and nephews.     Ted is preceded in death by his parents and his sisters, Mabel Haeg, Hilda Bell, Evelyn Buerkle and Mary Paulson.

:Karen, Tom, and all:I am so sorry to hear of your mom’s passing. She had a long and brave fight and while I am so very sorry that she isn’t here with you hhatley and well I think we all know for a fact that she is in complete and utter joy and bliss right now, free from the struggles and pain that we her constant companion for a long time. It is a blessing to know without a doubt that she is with the Lord and that you will be with her again someday. I cannot imagine the pain of losing a parent and hope you know that we are here for you for anything you need now, or will need as you go forward. Our prayers will continue to be with you.