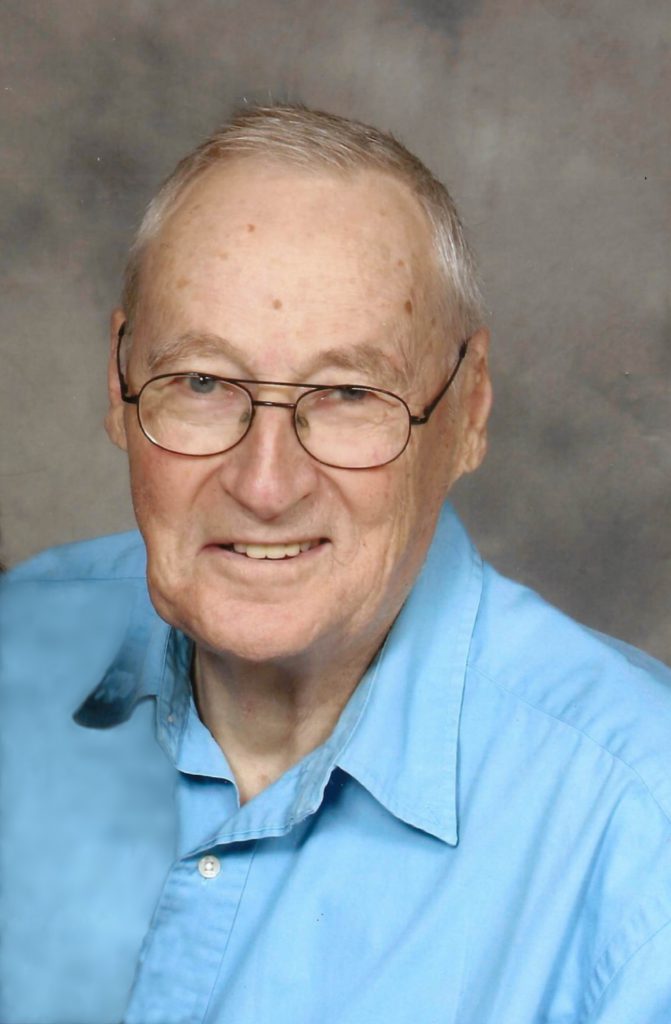 Private services for Velerian “Larry” Wenker, age 79 of St. Anthony will be held on Saturday in St. Anthony.  Larry died Monday at the St. Cloud Hospital of Covid-19.  Burial will be in the parish cemetery.  Arrangements are being made by the Miller-Carlin Funeral Homes.

Larry was born March 4, 1941 in Greenwald to Bernard and Rose (Kortenbusch) Wenker.   He graduated from high school and then joined the U.S. Navy in 1962.  He was stationed in Florida and was a photographer during the Cuban Missile Crisis, where he took several photos of Cuba.  He was honorable discharged in 1968.  He worked as a machinist for the Emmerson Company in the twin cities.  He married RadieBolaer in Cebu, Philippines on June 8, 1988.  After his retirement from Emmerson, Larry drove school bus in Chaska.  Just recently, Larry and Radi moved to St. Anthony.  He was a member of the St. Anthony Catholic Church, Couples for Christ and B.L.D.

He is preceded in death by his parents and his brothers and sisters; Raymond Wenker; Sylvia Schulzetenberg; Edna Worms; Marie Schneider; Herbert Wenker; Adolph Wenker and  Edmund Wenker.

Private services for Velerian “Larry” Wenker, age 79 of St. Anthony will be held on Saturday in St. Anthony.

I am so sorry to hear of Larry’s passing away! It was always so nice to see him insympathies! Prayers and deepest sympathy!

I am so sorry to hear of Latry’s passing. It was always so nice to see him in church! My prayers and deepest sympathy.

I am so sorry to hear of Larry’s passing. It was always so nice to see him in church! My prayers and deepest sympathy.

We are so sorry for your loss, Radi.

So sorry for your loss. God bless.

Our condolences to the bereaved family. May Larry eternal rest grant unto His soul and let perpetual light shine upon him. May he rest in the peace of Jesus.

We will trully missed you Uncle Larry, Rest now in God’s hand. You will meet again with my Mama and Papa in heaven. We’re here for you Auntie Radi. We love you. Stay strong. Stay safe..😚😚 My prayers..😚😚

Buddy Larry , in my heart you’ll always be my best friend and my only buddy in this world . Your good deeds and friendly memories will always be.cherished. Now that you are going home ahead of us to our dear Father in heaven, I shall count you as one of our guardian angels to watch over your loving wife , your families. friends and relatives. Be at peace and happy with the rest of the angels in heaven. It hurts to think that you’re gone but we need to console our hearts that you will always be here forever.

Our deepest sympathy and condolence to you Radie and Larry’s Family. RIP Larry . We will miss you.

My prayers goes to the Wenker family. Nice to meet Larry and Radi In Couple For Christ Christian Life Program .

Our condolences and deepest sympathy Sis. Radi. May the Lord grant eternal rest to Bro. Larry. God bless his soul.

Wishing you peace and comfort during this difficult time. We are deeply sorry for your loss.

We are so sad to hear of Bro. Larry’s passing during this difficult times, Sis. Radie. We’ve met for a very short time yet you both made us feel as your family. Bro. Larry had the sweet smile of Jesus that drew even his pet birds to perch on his head and shoulders. We felt how close he is to our Lord with the deep prayer life that he shared with us during the CLP in Melrose and the CFC MN Christmas party. Eternal rest grant unto his soul, O Lord. Let perpetual light shine upon him. May he rest in peace. Amen

So sorry for your loss Radi, with deep sympathy