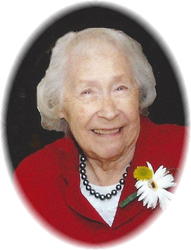 The Mass of Christian Burial, celebrating the life of Angeline Heinen, age 92 of Albany, will be at 11:00 AM Monday, March 24, 2014 at Seven Dolors Catholic Church in Albany.  Father Cletus Connors, OSB will officiate and burial will take place at a later date in the parish cemetery.  Angeline passed away Monday evening at the St. Cloud Hospital.  There will be a visitation from 4:00-8:00 PM Sunday, March 23, 2014 at Seven Dolors Catholic Church in Albany and will continue after 10:00 AM on Monday at the church. Parish prayers will be at 4:30 PM and Christian Mother’s will pray the Rosary at 5:00 PM Sunday evening at the Church. Arrangements are being made with the Miller-Carlin Funeral Home, Albany.Angeline was born on March 25, 1921 to Theodore and Cecelia (Scepaniak) Winskowski in Holdingford, MN.  Angeline grew up in Holdingford, where she attended school and later moved to Albany where she lived the rest of her life. She married Anton Heinen on October 26, 1939 in Holdingford. During her life she was a mother, homemaker and also worked at St. John’s University, Albany Bakery and the Albany Hospital.  She was also a member of the Seven Dolors Catholic Church and was a Christian Mother. Angeline enjoyed dancing, crocheting, camping and most important was spending time with her family.Angeline is survived by her children, Robert (JoAnn) Heinen, Bemidji; Kenneth (Helen) Heinen, New London; Michael (Maureen) Heinen, Waite Park and Karen (Mark) Schneider, St. Joseph; 16 grandchildren; 34 great-grandchildren and 3 great-great-grandchildren.She was preceded in death by her parents, Theodore and Cecelia Winskowski; husband Anton in 2011; siblings, Leona Atkins, Irene Frederick, Leo Winskowski, Genevieve Gillespie, George Winskowski and Doreen Winskowski.

Our deepest sympathy to All of you!
She was a wonderful lady, and I was glad
to have known her!
Love Your Niece,
Carol T. & Joe K.

I have only good memories of Aunt Angeline & Uncle Tony. Our visits to “the farm” were so special to a little “city” girl obsessed with kittens, animals & nature. Angeline made the BEST breakfasts! I loved meal times with your family. I remember salt licks and hot, sunny days filled with unfamiliar smells and sights. I’ll never forget watching “The Mummy” on T.V. and Karen telling me at bed time that the “bears” might get me. Nice going, Karen, I was terrified! Angeline was the most loving of my mom’s siblings. I have thought of her often over the years & treasure the times she would call me after my mom’s death. So glad I made a couple of the family events. Hugs & Love to all, Mary Gillespie McNeill.