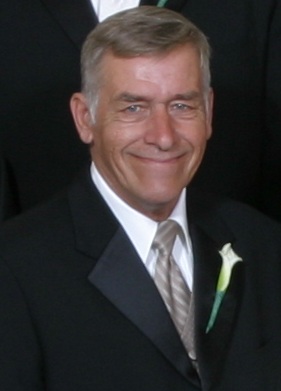 CLARENCE C. FOWLER, age 73, of Holdingford, MN, an International Man of Mystery passed away peacefully surrounded by family on Friday, May 21st, 2021.

He spent time as a child between Bennington VT, Gorham, ND and the Holdingford area.  He graduated from Holdingford high school in 1966 where he was a 3-sport athlete in football, basketball, and track.  He attended St. Cloud State University for a short period of time before he voluntarily enlisted into the U.S. Army.  He was a member of the 5th Mechanized Infantry (Red Diamond) serving a tour in Vietnam.

After 2 years, 9 months and 15 days he was honorably discharged from the Army.  He then returned home enrolling at St. Cloud vocational school where he became an electrician.  He took those skills and became a staff electrician at St. John’s University in 1973 where he worked for 39 years until his retirement in July, 2012. This resulted in a “coupon deal” for his 4 kids’ higher education.

Clarence was married April 15th, 1972 to Leone Meier at St. Mary’s Catholic Church in Holdingford, MN.  They purchased the Hugo Voss estate in 1973 using the money Clarence had saved during his time in the military.  He was quite proud that he used his money to buy the land rather than buy a fast car like many of his peers returning from the war.  He would smile and say, “They all crashed those cars”.  He thought he couldn’t “crash” his land investment.

His 12 acres was his little slice of heaven.  It was tucked away far enough where he could have some gun play and burn whatever he wanted.  He posited that “If you get it hot enough, ANYTHING will burn”.

His four children and grandkids kept him busy with hunting, fishing and all of their sports.  He attended many a football game, swim meet and track events over the years.  He was also a member of the Holdingford Volunteer Fire Department for many years.

He is preceded in death by his parents, Emily & Charles, his half-brother Jay Fowler, along with infant grandson, Caden Fowler.

Clarence will be cremated.  A Memorial Service will be held at The Landing in St. Anna, MN on Friday, May 28th.  A “Happy Hour” will begin @ 3pm with the service to begin @ 4pm.  A private family interment will be held at a later date.

Visitation will be held at The Landing in St. Anna, MN.

The Memorial Service will be held at The Landing in St. Anna.

May God allow him to be in his presence and grant him to rest In Peace in his eternal Glory. My thoughts and prayers are with you.

My deepest sympathy to all of you. May he Rest In Peace with eternal life. Love to all!
The Suwalski Family

Leone and family. We are so sorry to hear of clarences passing. Our thoughts and prayers are with you. Jim and Kris Gobel.