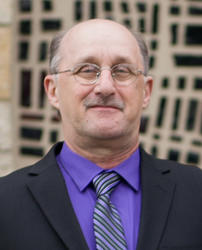 Dale was born on August 31, 1954 in St. Cloud to John and Rose (Lintgen) LaBuda. He attended school in St. Cloud, graduating in 1971 as part of Apollo High School’s first graduating class. Dale loved trains.  While in his twenties he worked for Burlington Northern, first as a carman at the Waite Park carshops and later as a fireman in training to become an engineer. Although he left Burlington Northern, his love of trains, depots, railroad nostalgia and train travel remained with him for the rest of his life. After leaving the railroad, Dale worked and was a partner in Coatings Inc., and GD Properties where he owned and managed rental properties.

Dale loved to travel. Some of his favorite destinations included Jamaica, Florida, the Keys, and the Rocky Mountains. He visited his extended family in Chicago often, where he knew the town well and frequented landmark restaurants. He enjoyed fine dining with family and friends. He was a fantastic cook whose dishes would rival even the finest restaurants’ fare. Dinner with Dale was truly a treat, with fine dining in several courses and hours of laughter.

His hobbies included gardening, snowmobiling and going to the racetrack to enjoy “the sport of kings.”  He enjoyed playing cribbage, in which he would nearly always win two out of three, regardless of his opponent. He was one of a few to experience a perfect hand.

Dale enjoyed celebrating the holidays, especially Christmas, and took great pride in decorating – particularly his meticulously trimmed Christmas tree. He was most unselfish in his gift giving.

Dale deeply valued his family and friends, and loved his niece and nephews beyond words. He could be depended upon to help in any project, large or small, through completion. He always had time to talk. He was quick-witted and had a great, dry, sense of humor. Dale will be profoundly missed by all who knew him.

Dale is survived by his sister, Brenda (Tim) Hoffmann of St Joseph, special nephews and niece Jason (Michelle) Hoffmann, Ryan Hoffmann, and Lynnsey Hoffmann, and great niece Clara. He is preceded in death by his parents.

Visitation will be from 9:30 AM until the time of service on Wednesday.

Celebration of Life service for Dale John LaBuda, age 63 of Waite Park, will be at 11:30, Wednesday, November 15, 2017 at Miller Carlin Funeral Chapel in St Cloud.