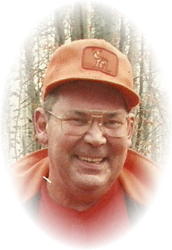 The mass of Christian burial, celebrating the life of Donald K. Saar, age 82 of St. Cloud, will be 11:00 AM Friday, April 8, at the Holy Spirit Catholic Church in St. Cloud.  Burial will be in Assumption Cemetery. Don died Friday evening, surrounded by his family, at the Country Manor Health Care Center in Sartell.  There will be a visitation after 10:00 AM Friday at the church in St. Cloud.  Arrangements are being made by the Miller-Carlin Funeral Home in St Cloud.Don was born March 6, 1929 in Bemidji, MN to Eldrid and Stella (Braaten) Saar.  He graduated from High School in Bemidji and married Mary Turgi on August 26, 1951.  Don joined the U.S. Army, serving from 1951 until 1953.  After his discharge, the couple returned to Bemidji and Don joined his father selling cars at the Saar Motor Company.   Don worked in car dealerships all of his career.  He retired in 2007 as the Body Shop Manager of Wally McCarthy’s in Minneapolis.  Don and Mary moved to St. Cloud after his retirement.  He was an avid outdoorsman; he enjoyed hunting, fishing and most of all, golfing.  Don is a member of the Bemidji  American Legion Post 14, the Bemidji VFW Post 1260, the Bemidji Elks Lodge 1052 and he was a founding member of the Bemidji Fraternal Order of Eagles Aeries 351.Don is survived by his wife, Mary, in Sartell; his sons; Alan Saar, Park Rapids and Ronald (Kathy) Saar, St. Cloud and six grandchildren;  Sarah, Derek, Nicole, Jeremy, Matt,  and A.J.He is preceded in death by his parents, and his brother, Byron “Bud” Saar.

Visitation will be at the Holy Spirit Catholic Church in St. Cloud

Mass of Christian Burial will be at Holy Spirit Catholic Church in St. Cloud.

Sorry to hear of your loss. The Saar family brings back many fond memories of my Bemidji days. Take care, be strong, and may God bless you all in your time of need.

So sorry to hear about the death of your father. I remember the many trips to the lake in MN with the family – awesome memories.