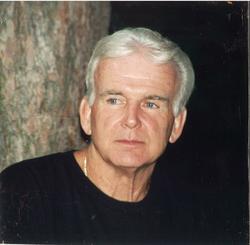 Memorial Services celebrating the life of Dr. John H. Kropp III, age 72, of St. Cloud, will be at 11:00 AM on Saturday, May 7, 2016 at the Miller-Carlin Funeral Home in St. Cloud.  John passed away on April 2, 2016 in Palm Springs, California.  There will be a visitation one hour prior to services at the funeral home.  Family and friends are encouraged to come and celebrate a life well-lived.

John was born on April 5,1943 to the late Dr. John Kropp II and Irene (Symons) Kropp in St. Cloud Minnesota.  He was a graduate of Technical High School in 1961, attended St. Cloud State University and then finished his education at the University of Minnesota where he received his Doctorate of Dental Science in 1967.  John spent his summers during college as a tour guide in Yellow Stone Park where he made many memories including a weekend spent with Roy Rogers.  He served as a dentist in the Air Force from 1967-1969 and was stationed at Thule Air Base in Greenland.  John began his practice as a family dentist in St. Cloud in 1969.  He took much pride in and loved working as a dentist until he retired in 2001.  During his time in St. Cloud, he was an active member of the St. Cloud Country Club where much of his free time was spent.  Since his retirement, John spent his winters in Palm Springs working as a golf marshal at Indian Canyon golf course and summers near Brainerd where he enjoyed golfing, fishing, flying model airplanes, playing with his beloved dogs and spending time with his family.

One hour prior to services at the funeral home.