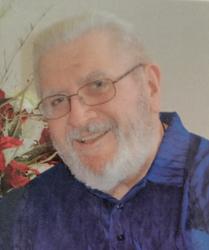 Mass of Christian Burial celebrating the life of Duane J. Eiynk, 73, Albany, will be at 12 Noon on Thursday, March 9, 2017 at Seven Dolors Catholic Church, Albany.  Fr. Isaiah Frederick, OSB will officiate and burial will follow in the parish cemetery.  There will be a visitation one hour prior to services at the church.  Duane died peacefully Monday evening with family at his side after a 16 year battle with Parkinson’s.  Arrangements are being made with Miller-Carlin Funeral Home, Albany.

Duane was born October 9, 1943 to Benedict and Margaret (Platz) Eiynk in Albany.  He grew up as one of six children and graduated from the local high school.  On Nov. 9, 1962, Duane married Delores Langner at the St. Hedwig’s Church in Holdingford and they welcomed five children to complete their family.  Duane received his LPN degree from the Itasca Community College in Grand Rapids and worked as a nurse until his retirement in June of 1999.  He was a member of the Knights of Columbus and a former member of the US Army Reserves.  Duane belonged to Seven Dolors Catholic Church in Albany.

He is greeted in Heaven by his parents, his son Darrin and daughter-in-law Anji who died in a car accident in 1994, and two grandsons Dalton Eiynk in 1994, and Derek Kemper in 2006.

Our deepest sympathy, Tammy, thoughts and prayers to you and your family. Gail “Clear” & Duane Wolbeck (classmates Upsala)

Rest in peace our friend. We are thinking about you and your beautiful family.   Take care Deloris