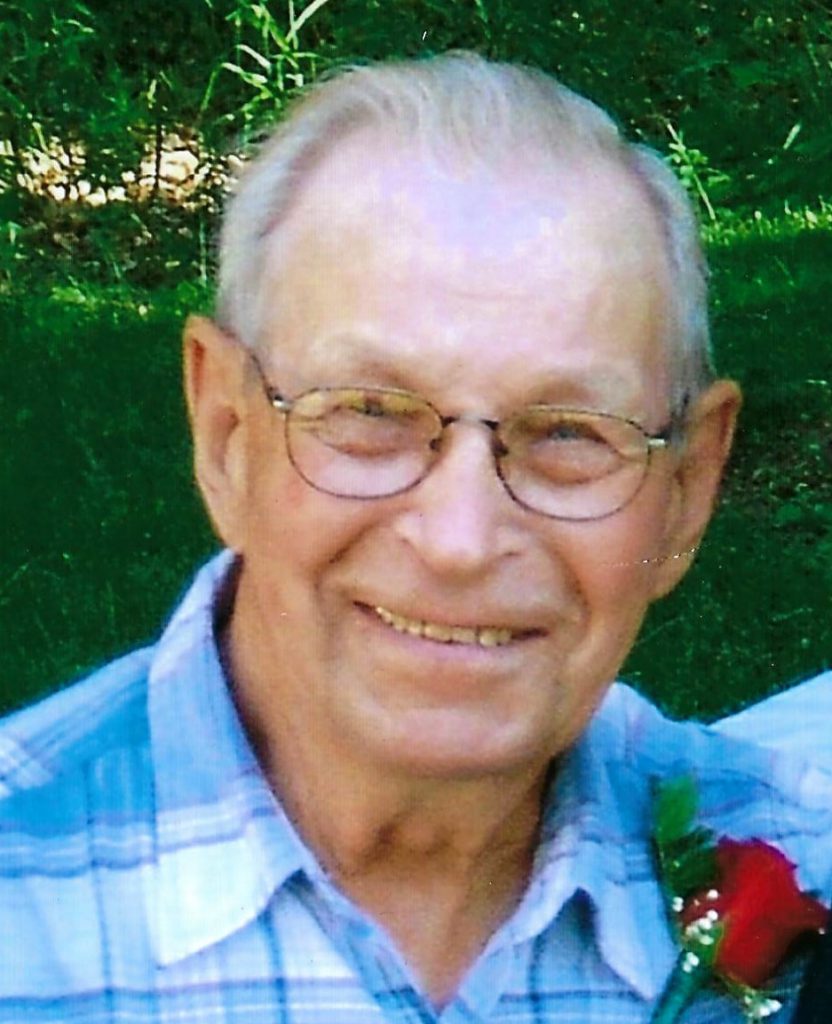 Edward L. Pintok, 94 of Opole, was peacefully taken to God surrounded by his family on August 17, 2019 at Serenity Village, Avon.

Visitation will be from 4 to 7 p.m. on Thursday, August 22 at Our Lady of Mt. Carmel Catholic Church in Opole, MN.

Edward was born Sept 26, 1924 to Frank and Lucy (Schlichting) Pintok on the family farm north of Opole, MN.

On June 10, 1947, Ed was united in marriage to Violet Stodolka in Bowlus, MN. Their seventy years together was a true relationship of love. After Ed worked for the Great Northern Railroad in St. Paul, he and Violet returned to the Pintok farm where they committed their lives to raising their ten children and work on the farm.

Edward was a true caretaker of the land and conservationist. The Minneapolis Tribune recognized him in 1965 for his efforts in contour planting and erosion prevention. These efforts were part of the foundation of his success in agriculture.

Dedicated in his faith, Edward was an active member of Our Lady of Mt. Carmel Catholic Church in Opole where served as trustee for over twenty years and was a member of the Knights of Columbus.

Edward was an avid Twins fan and a founding member of the amateur Opole baseball team. As a catcher, he often recalled the chemistry he developed with pitchers and the comradery of his teammates.

The family would like to extend a heartfelt thank you to the loving and caring staff at Serenity Village. The genuine compassion they showed for Ed touched our hearts. The family would also wish to thank CHI Hospice of Albany.

The visitation for Ed will be from 4 to 7 p.m. on Thursday, August 22 at Our Lady of Mt. Carmel Catholic Church in Opole, MN.

Mass of Christian burial will be 11:00 a.m. Friday, August 23, also at Our Lady of Mt. Carmel Catholic Church in Opole, MN