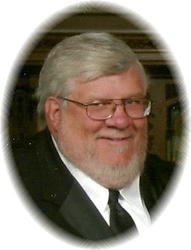 Funeral Services celebrating the life of Edward Lloyd Butterfass, age 60 of Watkins will be 12pm Thursday, July 28, 2011 at the Miller-Carlin Funeral Chapel in St. Cloud.  Pastor Janine Olson will officiate.  Edward died at the St. Cloud Hospital Thursday morning surrounded by family.  Family and friends may call from 10am until the time of the service on Thursday at the Funeral Home.  Arrangements are being made with the Miller-Carlin Funeral Home of
St. Cloud.Edward was born August 6, 1950 in Watertown MN to Lloyd and Esther(Koch)Butterfass.  He grew up in Waverly, and later moved to a farm in Watkins where he lived the rest of his life.  He married Sandra Munsterteiger on August 14, 1971 in Buffalo MN.  Ed worked his whole life as a farmer.  He enjoyed playing cards and marbles, going to sporting events, collecting tractors, going to flea markets and auctions, and spending time with his grandchildren. He was an active member in Heartland Community Action Agency and Minnesota State Council on Disability.Ed is survived by his wife Sandra Butterfass, Watkins; his children Joshua Butterfass, St. Cloud; Jessica (Tony) Fudali, Buffalo; Justin(Kris) Butterfass, Watkins; Jennifer (Jesse) Gunderson, Waconia; Joni (Eric) Warhol, Becker; Jyme Butterfass (Justin Rauen), Minneapolis; Jamie Butterfass (Spence Hardy), Anoka; his parents Lloyd and Esther Butterfass, Waverly; his siblings Doris (Bob) Schendel, Waverly; Esther (Melvin) Rausch, Stewart; Loren Butterfass, GA; and his 12 grandchildren.He is preceded in death by his grandson Isaac Butterfass.

There will be a visitation at the Miller-Carlin Funeral Home in St. Cloud from 10AM-Noon on July 28th, 2011

Funeral Services celebrating the life of Edward Lloyd Butterfass, age 60 of Watkins will be 12pm Thursday, July 28, 2011 at the Miller-Carlin Funeral Chapel in St. Cloud. Pastor Janine Olson will officiate.

I am so sorry and in shock to hear about Ed. We graduated from high school together. He will be missed. The family has my deepest sympathy.

My sympathy goes out to the family of Ed. We went to school at St. James, and Howard Lake together. I know he truly loved his family, especially his grandchildren. My sympathy to all of you.

Deepest sympathies to all of your families. Ed has always been a great classmate! May his soul rest in the peace of our Savior.

If there is anything we can do to help all of you during this difficult time, please don’t hesitate to ask. May faith and good memories help you through this time. God bless!

My deepest sympathies to your family. Ed was such a great person and had a wonderful sense of humor. He always enjoyed talking about his family at the class reunions. Everyone enjoyed him. He will be missed.

You have our deepest sympathy.

My sympathy goes out to all of the family in this time of loss. May the comfort of the Lord comfort you now and always.

I WAS SO SAD TO HER THE NEWS THAT ED HAD DIED. I SERVED WITH HIM ON THE MSCOD BOARD. WE WERE ON SEVERAL COMMITTEES TOGETHER AND I GOT TO KNOW AND LOVE THE BIG LUG. MAY THE LORD FILL THE EMPTINESS IN YOUR HEARTS THAT HIS PASSING WILL LEAVE. IT WAS A PRIVILEGE TO HEAR STORIES ABOUT HIS FAMILY AND FRIENDS. HE WILL BE MISSED GREATLY!

Our sympathy to you and your family.

Sorry for your loss. My deepest sympathy to your family.

On Monday, Septembe 26, the Mn State Council on Disability will present an award for appreciation of years of service for Ed at our annual awards luncheon at the River Centre in st.Paul, Mn.f Ed was apointd by the Governor to the coubcil was a very active council member. He served two three year terms on the council. He will be missed.