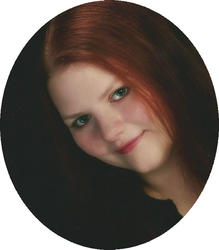 Kaia was born on July 14, 1989 in St. Cloud to Amy Makela and Eric Davis.  Following her graduation from Sartell High School in 2007, she pursued a variety of further education, including courses in Philosophy at St. Cloud State University.  Kaia was an avid gamer, with a sharp wit, who enjoyed watching movies, edgy cable series and stand-up comedy.  She cared deeply about her friends and family.  Her loss will be acutely felt by everyone who knew her.

Kaia was preceded in death by her father, Eric Davis, and her aunt Laurie Whitlow.

Entombment will be conducted privately in St. Cloud at a future date.

Entombment will be conducted privately in St. Cloud at a future date.

If only we could roll back time. So many things left unsaid.  Love you

You are gone too soon. Thank you for gracing our lives with your beautiful presence sweet Kaia. I pray you are surrounded with loved ones and angels, and that you are being comforted and cared for with abundant love, joy, and peace, and that you are happy. You deserve it. Thank you again for coming into my family’s lives for the short time you were there. You were a positive, good,, caring person.

I am so sorry for your loss. My thoughts and prayers are with you at this saddest of times.