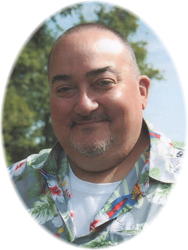 Kenneth G. Viehauser passed away on January 19, 2016 at the St. Cloud VA Community Living Center.  There will be a private family service at a later date.

Kenneth was born on February 2, 1965, the fifth child of Arthur and Betty Jean Viehauser.  He attended and graduated from Holdingford Public School.  Ken joined the Army National Guard and drilled with the unit in St. Cloud for two years.  In 1984 he joined the US Air Force and served his country for over 10 years.  Ken was stationed at Nellis AFB, NV, served two tours in Korea, and then back home to serve at Minot, ND and K.I. Sawyer AFB, MI.

Ken attended St. Cloud Technical College and received his Diploma of Occupational Proficiency in Water and Wastewater Treatment Technology in 1996.   He served the communities of Rockwell City, IA, Omaha, NE and Appleton, MN.

Kenny enjoyed hunting and fishing.  His largest deer was a very nice 10 pointer and the walleye that hung on his wall was 26 inches.  He showed his adventurous side by repelling and skydiving.  On the relaxed side he enjoyed collecting knives and military gear.  He is best known for his love of sleeping.

Ken was a lifelong member of All Saints-St. Mary Catholic Church in Holdingford.  He was a member of the American Legion, the VFW, and the Disabled American Veterans.  Ken loved his country and prefers memorials to the Wounded Warriors organization to support his comrades in arms.

Ken’s family would like to extend their heartfelt gratitude to the St. Cloud VA Medical Center staff for their compassionate care.

Memorials are preferred to the Wounded Warriors organization to support his comrades in arms.

Going to miss you my friend.  Enjoyed working with you in Korea, had some great times working swing shift in the Bomb Dump.  Rest in Peace my Friend. I.Y.A.A.Y.A.S