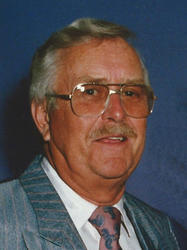 Services celebrating the life of Leo J. Hansen, 84, Sartell, will be at 10:00 AM on Friday, October 14, 2016 at the Waters Church in Sartell. Pastor Doug Vagle will officiate. Leo passed away early Monday morning at Country Manor with his family at his side.

Leo John Hansen was born on July 9, 1932 to Leo and Johanna (Michaels) Hansen in Cold Spring. He graduated from St. Boniface High School and attended Drew Business College and St. Cloud State University. Leo was in the United States Army and was stationed in Korea and Japan. After his discharge, he married Patricia Mae Johnson on June 7, 1958 and they had six children. Leo worked for Swift’s Meat Packing and the VA Hospital before beginning his 28 career with the US Postal Service. After retiring in 1985, he and Pat traveled from coast-to-coast, moved to the lake, and had a winter home in Florida. Leo enjoyed golfing, fishing, traveling, and spending time with his family. He was an active member of the Waters Church in Sartell.

He is preceded in death by his parents, his sister Linda Schreifels and his brother Eldred Hansen.

A special thank you to the staff of Country Manor for the great care they gave Leo and to CentraCare Hospice for the wonderful care in his last days.