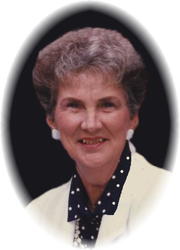 Funeral services celebrating the life of Margaret Louise Stoulil, age 82 of Albany will take place at 11AM Thursday, January 9, 2014 at Seven Dolors Catholic Church in Albany.  Father Cletus Connors OSB will officiate and innichment will take place in the parish mausoleum following the mass.  Margaret died peacefully early Sunday morning at Mother of Mercy nursing home with her family at her side.  There will be a one-hour gathering prior to the mass Thursday morning at the church starting at 10AM.  Arrangements are being made with the Miller-Carlin Funeral Home of Albany.Margaret was born on May 11th 1931 to Harry and Rose (Brugman) Matteson in Olivia, MN.  She married J. Gordy Stoulil at the age of 19 on August 23, 1950 at St. Aloysius Catholic Church in Olivia.  After living in Olivia, the couple lived in North Hollywood CA, Belgrade MN, and Browerville before moving to Albany in 1969 where together they raised their four children.  In her retirement Marge lived in Glendale, Arizona.  She was an active member of Seven Dolors Catholic Church in Albany.Margaret is survived by her loving children Elizabeth “Beth” Stoulil, Los Angeles, CA; Mike (Marie Ruhme) Stoulil, Lakeville; Katy Turner, Fort Worth, TX; Matt Stoulil, Albany; her eight grandchildren, one great-grandchild; and her brother Dr. James (Vi) Matteson, Sun City, AZ.She is preceded in death by her parents Harry and Rose Matteson, her husband James Gordy Stoulil, and her siblings Mary Ann Matteson, and Richard Matteson.

Funeral services celebrating the life of Margaret Louise Stoulil, age 82 of Albany will take place at 11AM Thursday, January 9, 2014 at Seven Dolors Catholic Church in Albany. Father Cletus Connors OSB will officiate and innichment will take place in the parish mausoleum following the mass.

Beth, I am so sorry to hear of your Mom’s passing. May God grant you and your family peace. I do not know if you remember me but you and I were room mates many years ago when we lived at Bentonshire.

Our deepest sympathies and prayers are with you all.
Love, Cousin George

Our prayers and love are with all the family! We loved your mom, she was and will always be an amazing woman! Betsy and Don

Mrs. Stoulil was one of my “it takes a village” moms in Browerville. I have so many wonderful memories of her and of all of the Stoulils from that time. We really did have a “Happy Days” childhood. Love, thoughts and prayers to you Beth, Mike, Katy and Matt.

Beth, Mike, Katy and Matt: My fondest memory of Mrs. Stoulil is how she helped me learn to sew. She was so patient and she told me, “you can do it, it’s like putting a puzzle together”. I still recite that phrase to myself when I’m struggling with a sewing project! She was one of the great “founding mothers” of our generation of Browerville kids. Sending love, prayers and hugs your way.

Mike I feel the pain of the loss of your beautiful Mother, and I pray for the comfort of our loving Father as you celebrate her wonderful life with family and friends.

Peace and Love be with you and your family,

You are all in our thoughts, remember the good times you all shared. Love you, Janet and Hoover

my visit with her this summer was full of talk of the good times in Browerville.my prayers will be with you.

Sending much love to the midwest Stoulil clan. Losing a loved one is never easy, but know that our spirits continue on for the next phase of our lives — unconstrained by our bodies that have carried so much pain, and free to expand our beings in a new world filled with love! May your angels be there to support you at this time. Much Love from Heidi & Jeffrey, and the west-coast Margaret Stoulil.

Beth, Mike, Katy and Matt: May you feel the peace and love
of our Lord greatly at this time. Your mom was a special lady. We have so many special memories of her and your dad and all of you. Your visits to California were always so much fun. We love you all and our Love and Prayers go out to all of you. What a comfort to know that
she is in heaven now with Jesus and her sweet Gordy.

I knew Marge from the golf club at Albany. For many years she played in the ladies golf league. I remember her concentration and work to play exact golf….laying her club down across the front of her feet to insure that she was aimed in the right direction! always following husband Gordie’s golf hints! Afterward in the club Marge was a good source of humor and fun!
Our sympathies go out to her family. Remember the good times!
Sorry we cannot attend the funeral. We are in AZ!
God Bless!
Merle & Claire Bauer

Thinking of you all at this difficult time and remembering you in our prayers.

I always enjoyed my lunches with Marge, Rita, Joan and whoever could make it. Marge was so much fun. And what a shopper. My sympathy Judy Boisen

I have been around golf all my life as a caddie and then a golfer. I had never seen a hole in one until I was in the foursome with Marge when she shot hers. It was a thrill to witness. When anyone mentions a hole in one I remember her. Don Brever

Beth, Please accept may condolences and prayers. I know so well from experience how difficult it is to lose a mother. It is never easy.