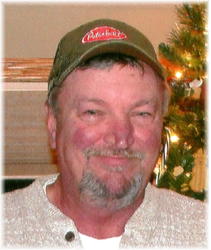 Mass of Christian burial celebrating the life of Michael James Lahner, age 56 of St. Augusta will be 11AM Friday, January 10, 2014 at St. Mary Help of Christians Catholic Church in St. Augusta.  Father Robert Rolfes will officiate and burial will take place in the parish cemetery following the mass.  Mike died suddenly and unexpectedly in his home Sunday afternoon.  There will be a one hour gathering prior to the mass Friday morning at the church.  Arrangements are being made with the Miller-Carlin Funeral Home of St. Cloud.Mike was born March 19th 1957 to Gerald and Janice (O’Mara) Lahner in Eau Claire, Wisconsin.  He married Connie Bahl-Amundson on June 20th 1998 in Sauk Rapids.  Mike lived most of his life in Eau Claire and the Saint Cloud area.  He worked as an over the road truck driver and was a proud member of the OOIDA (Owner Operators Independent Driver Association).  In his career Mike had traveled to 49 American states and nearly all Canadian providences.  Mike was an avid outdoorsman who thoroughly enjoyed spending time in the Northwoods of his native Wisconsin.  He was happiest when sharing his love of the outdoors with his children and grandchildren.  Cherished memories were made with family and friends of the famous “Rack Attack Shack” in Trego, Wisconsin.  His passion for the outdoors was also shown through teaching fire arms safety courses and membership in the Wisconsin Bow Hunters Association.  He was also a member of St. Mary Help of Christian Catholic Church in St. Augusta.Mike is survived by his wife Connie Lahner, St. Augusta; his children Kevin (Jessica) Lahner, Burlington, WI.; Bradley Lahner, Neenah, WI.; Jason (Erin Benson) Amundson, Sauk Rapids; Karin (Ken) Curtis, St. Cloud; Jody (Troy Barber) Amundson, Waite Park; his mother Janice Lahner, Eau Claire, WI.; his 13 grandchildren; 2 great-grandchildren; his siblings Judy (Fawzi) Awad, White Bear Lake; Rick (Lisa) Lahner, Eau Claire; and many aunts, uncles, nieces, and nephews.He is preceded in death by his father Gerald Lahner, his sister Marie Lahner, and his uncle Jim Lahner.In lieu of flowers, memorials are preferred.

There will be a one hour gathering prior to the mass Friday morning at the church.

Brad, we are so sorry to hear of your loss. Never let go of your wonderful memories of time spent with your dad over the years. You will miss him greatly, but will have peace in your memories! You are in our thoughts and prayers! Love Sue and Bob Novak

Our Prayers and love to family. God Bless.

My thoughts and prayers are with all of you-we were blessed to have known Mike! Will miss all his little comments on fb-The Burkarts

I am deeply sorry for your loss. No words can express my condolences as no words would ever be enough. I understand the pain and send my prayers to help you and your family through this tough time. I’m so glad you and your sons were able to spend time with your dad at ‘deer camp’ this year and again with your family over the holidays. Those will be cherished memories for all. Prayers are with you!

We are so sorry for your loss. Mike will always be remembered as a kind caring cousin to me. I will always cherish those memories. RIP Mike you will be missed.

Connie and Family, I want all of you to know how sorry I am to hear about your Michael. Connie, Please know that I have all of you who love him and whom he loves in my thoughts and prayers now and going forward! Memories of him will be a blessing as you honor his life and all that he is to each of you! He will be with you each day and always in your hearts and your thoughts! Love never will allow Michael or you to ever be without each other-that love never changes-just the distance it will now travel to reach each of you from each other! Deb

My thoughts and prayers are with all of you.

I to have no words to describe how sorry I am for the loss of such a good friend we will truly miss him. my regret is that I never went, when asked to deer camp our deepest symphathy goes out to the family of mike

Dear Lahner Family:
Please accept my sincere condolences on the sudden loss of Mike. Most of my time spent with him was before we became adults. While he had a wild streak every now and then, his heart was genuine, and he was always willing to help a family member or friend. my memory of Mike is that he was always smiling!
Truly sorry for your loss and I will keep Mike in my prayers.
With deepest sympathy,
Bruce Brekel

Kevin and family,
We are so very sorry for your loss. We have you in our prayers!
With deepest sympathies,
Mike & Jaimie Deans

Kevin, Brad and Lahner Family,
We are very sorry to hear about your loss. You are in our thoughts and prayers.
The Wachtels

We send our prayers to you and your family Connie so sorry for your loss. Vern and Delores

Connie, So sorry ot hear of Mike’s passing. I know it is hard to understand, but always remember he is with you. He loved you so very much. Take care of yourself.Luv ya

Sending caring thoughts and prayers to you all. May the many happy memories carry you through this sad time.

We are so sorry for your loss. Dale has many fond memories of Mike from deer camp. I would love hearing the stories every year. The girls thought of him as another dad. He will forever be loved and missed. May God help you get through the rough times ahead. Just remember you have many family and friends that love you and will help you through.

Dear Kevin & Jessica,
We were so sorry to hear of your loss. Our thoughts and prayers are with you and your family.

Our hearts go out to you and your family in your time of sorrow.

Some men live on for years through the impressions he has made on others. I was one of the lucky ones that got to Learn the art and passion of hunting and fishing first hand from Mike. I will never forget the many memories and hunting stories. I will also never forget traveling across 46 miles of very rough water in Canada with Mike on one of our fishing adventures. Thank goodness for bilge pumps and gps! Young sportsmen and sportswmen will carry the honor of respecting wildlife life like Mike did for years to come because of his modeling. May time bring your family peace and comfort.

I have just heard of Mike’s passing. We we’re pretty good friends in High School but lost contact once he moved away from Eau Claire.
My prayers are with all of you..