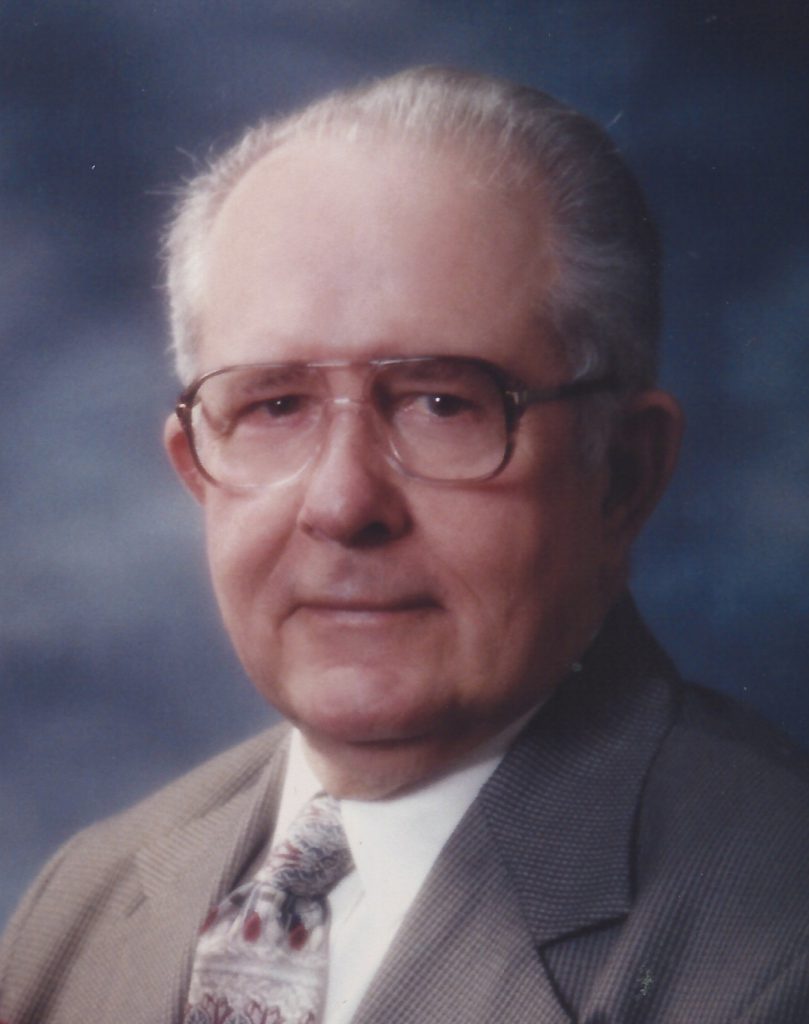 The children of Paul James (Buzz) Buttweiler wish to inform his friends, peers and colleagues that Paul died peacefully in his sleep, on Tuesday, May 29, 2018 at 11:00 P.M.

The Mass of Christian burial celebrating his life will be 10:30 AM, Saturday, June 9, 2018 at the St. Mary’s Cathedral lower church in St. Cloud. Visitation will be after 9:30 AM Saturday at the church. Burial will be in Assumption Cemetery on Monday. Arrangements are being made by the Miller-Carlin Funeral Homes.

Paul was born on January 16, 1930, at home near St. Anthony’s church in St. Cloud, to Paul John and Beatta Agnes (Hofmann) Buttweiler. Paul’s family moved to the Buttweiler homestead in Melrose during the 1930’s. Paul graduated from St. Boniface Catholic Grade School in 1944. The family then returned to St. Cloud and Paul (Buzz) graduated from Central Jr. High, currently St. Cloud City Hall. Paul then attended and graduated from St. Cloud Technical High School in 1948. Paul has very fond memories of the football teams of that era. The 1945, ’46, and 1947 teams had a record of 19 wins, 2 losses and 1 tie; the 1946 team being undefeated and un-scored upon. He became co-captain of the 1948 team.

After high school, Paul became employed by the Great Northern Railway, servicing coal, oil and diesel engines. He married Joan Laura Harry on September 8, 1951. He was drafted into the U.S. Army in February of 1952, during the Korean War. After basic training, at Fort Eustice, VA, and military occupation specialty training as a locomotive operator he was deployed to Germany, Kaiser Lauten for the next 1 ½ years. Paul returned to the states and discharged in 1954. He was reemployed by the Great Northern Railway and was an Apprentice Machinist when he decided to take a leave of absence and use the GI Bill to obtain a degree. Paul graduated from what is now SCSU in 3 years with a degree in Math, Physical Science, and Biology. Paul was offered a full scholarship to do graduate work and research at the University of Minnesota Department of Physiology in St. Paul. After 3 years, he decided he wanted to teach and he obtained employment with Itasca Jr. College and the Coleraine school district. He enjoyed teaching on the Range, but because of an opening in the St. Cloud School district, Paul decided to go back to St. Cloud and teach at his Alma Mater in 1965. For the next 27 years, he taught mainly Human Biology (Anatomy, Physiology) at Technical High School, to students that had the academic ability to succeed in that course. Paul is very proud of his former students and their successes, and felt privileged to be able to teach them. Besides teaching, Paul was the Head of the Science Department for many years.

Visitation will be after 9:30 AM Saturday at the church. Burial will be in Assumption Cemetery on Monday.

The Mass of Christian burial celebrating his life will be 10:30 AM, Saturday, June 9, 2018 at the St. Mary’s Cathedral lower church in St. Cloud.