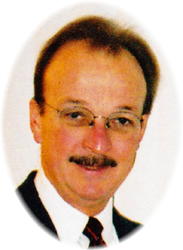 Family and friends are invited to attend a visitation celebrating the life of Richard Joseph Reisinger, age 63, of Champlin, formerly of St. Cloud, on Saturday, December 8th, 2012 from 1:00-4:00 PM at the Miller-Carlin Funeral Home Chapel in St. Cloud.  Richard passed away unexpectedly Sunday, December 2nd, at his home in Champlin.  Arrangements are being made with the Miller-Carlin Funeral Home in St. Cloud.Richard Joseph Reisinger was born on April 5, 1949 in Buffalo Village, MN to Charlotte (Paul) and Donald Reisinger.  He grew up in the central Minnesota area with his three other brothers and graduated from St. Cloud Cathedral in 1967.  After high school, Richard joined the United States Army and served our country for three years before returning to school.  Richard was a part of the Teamsters Union and his most recent job was working as a plumbing distribution clerk.  He was an avid fisherman, loved classic cars, and enjoyed woodworking.He is survived by his daughters Jennifer (Andy) Hemminger and Mellissa (Carl) Turner, Buffalo; two grandsons; brothers Don (Laurie) Reisinger, Mike (Joy) Reisinger, and Paul Reisinger; as well as many other loving family members and friends.He was preceded in death by his parents Charlotte and Donald.  In lieu of flowers, memorials preferred.