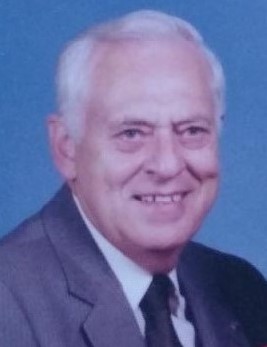 During the harsh winters of his high school years, Robert would use his snow skis and travel two miles to the John Beck farm and ride with them in their horse drawn sled to school.  He would return home after school, and if the weather was bad, he would spend the nights there.

Robert was born and raised on the family farm north and east of Calio helping his Dad with the farm chores and field work. After high school he went on to college.  He made a career of working for Smead Manufacturing in Hastings, MN, until his retirement.

Robert and Monica (Wenderski) were united in marriage on September 19, 1955 at Immaculate Conception Catholic Church in St Anna, MN. After their retirement they enjoyed traveling with their camper, enjoying the warmer winter months, sight-seeing, visiting friends and relatives along the way.They lived in several locations in Minnesota making St Cloud their last home. Both Robert and Monica became residents of Good Shepherd Community in Sauk Rapids, MN in May of 2019.

He is survived by his wife Monica and sister Donna (Pete) Laturnus of Calio, ND.  Robert and Monica had no children but many nieces and nephews.

A Celebration of Life is to be held at a later date, likely spring 2021.  Funeral arrangements pending with Miller Carlin Funeral Home.

A Celebration of Life is to be held at a later date, likely spring 2021.